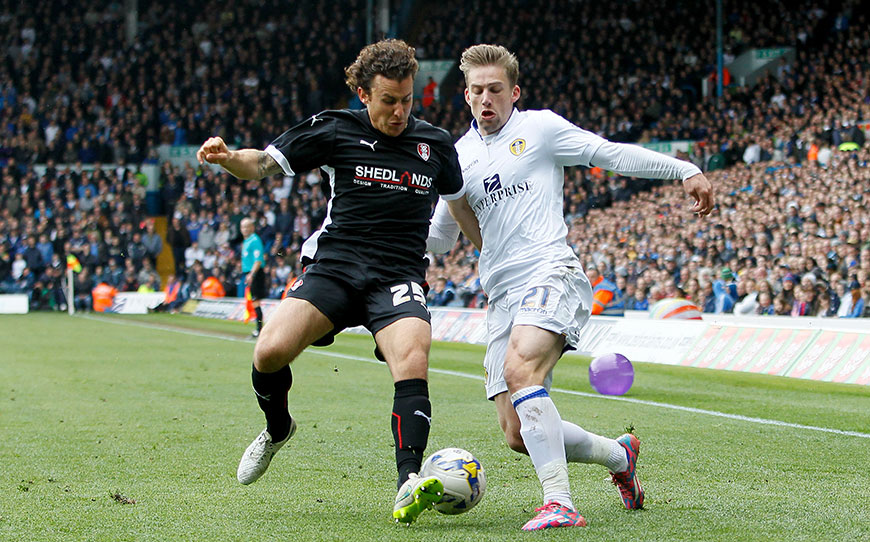 Taylor who celebrated his 22nd birthday last Friday, earned a penalty and scored his first goal of the season after making two barnstorming runs down the left flank.

His performance prompted Rosler to say that the ‘sky is the limit’ for his young left-back who has recently been linked with a move to The Premier League.

Taylor said: “The game had everything. I was happy to be involved in both the goals and delighted to get on the scoresheet. It was something I wanted to do this season.”

“That’s definitely my best goal yet. My other two were only tap-ins. I remember it opening up and thinking ‘I’m in the box here’. It was a tight angle but I thought I’d have a pop. I caught it sweet and it’s gone in.”

“It’s a huge three points and it’s given everyone confidence to kick on from.”

Taylor the only recognised left-back in Rosler’s squad has played every minute of Leeds’ season so far.

Rosler who earlier this term labelled Taylor “a machine” for his endurance levels did concede that he is wary of letting the youngster burn out.

“The boy was magnificent. The limit is the sky for this guy,” Rosler said. ??“He’ll learn more and more about his position and the more experience he gets, he’ll play a little more economically.
2??

“At the moment he’s pushing himself to the limit in every single game. When you play 46 games that can be a big ask. But we want him to have influence in the final third. I’m delighted to have him. At the moment he’s top drawer.”

Taylor, who established himself as a regular in the Leeds first XI last term is a former LFE Goal of the Season winner.