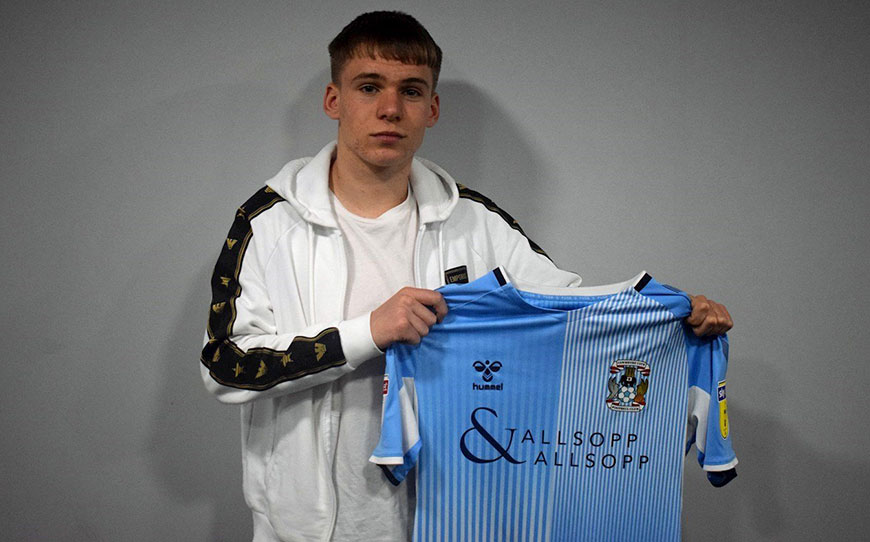 The 17-year-old has penned a two-and-a-half-year contract with the Sky Blues and will initially be based with the club’s Under-23s squad.

Evans-Harriott, who has represented Wales at youth level, became Cheltenham’s youngest ever EFL player when he came off the bench during a Leasing.com Trophy victory over West Ham United Under-21s in October.

The highly-rated attacking-midfielder has been in fine form for Pete Haynes’ Under-18s side, playing a key role in the Robins’ run to the third round of the FA Youth Cup, where they were defeated on penalties by Arsenal.

Coventry manager Mark Robins told club website: “We are delighted to have signed Aaron on a long-term deal with the club.

“He is a great young prospect, with lots of attributes and potential. He has impressed within our Recruitment Department, and we look forward to working with him going forward to help fulfil that potential.”