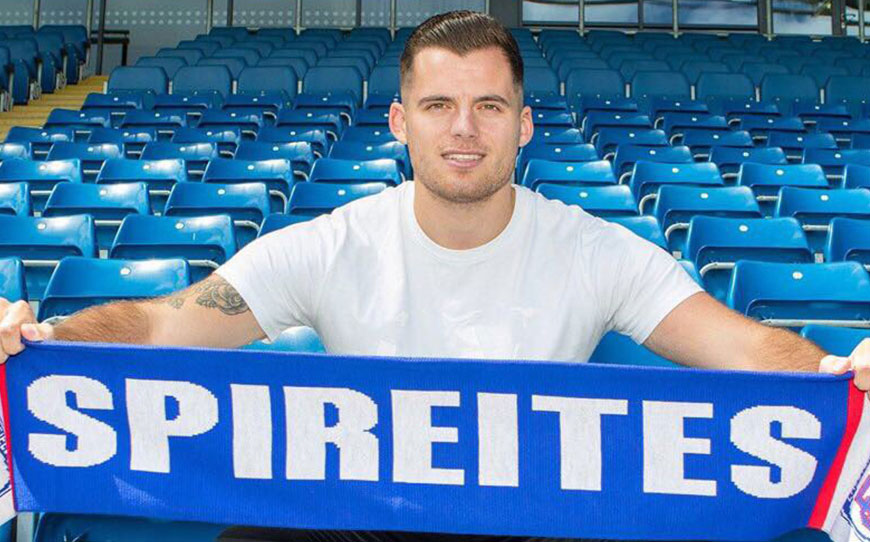 Former Huddersfield Town apprentice Jordan Sinnott has completed a return to the English Football League after securing a move to League Two club Chesterfield from Halifax Town on a two-year deal.

The 23-year-old signed a professional contract with the Terriers at the end of his apprenticeship and appeared five times for the first-team, including a league debut in the Championship against Nottingham Forest in February 2013.

But Sinnott has been forced to drop down and forge a career in Non-League football with Altrincham and Halifax since being released in February 2015.

The midfielder’s last action for The Shaymen came in the National League North Play-off final against Chorley, where he provided assists for both goals in a 2-1 win to secure promotion.

He told the club website: “I knew from the first time that I spoke to the manager that I wanted to sign for him. I’m absolutely delighted to get it over the line and sign, now I’m looking forward to getting started on Monday.”

Spireites manager Gary Caldwell added: “I watched him twice at the end of last season and in both games he produced the best moments with quality passing.

“He’s played at a higher level and he’s eager to take the opportunity to play league football again.”