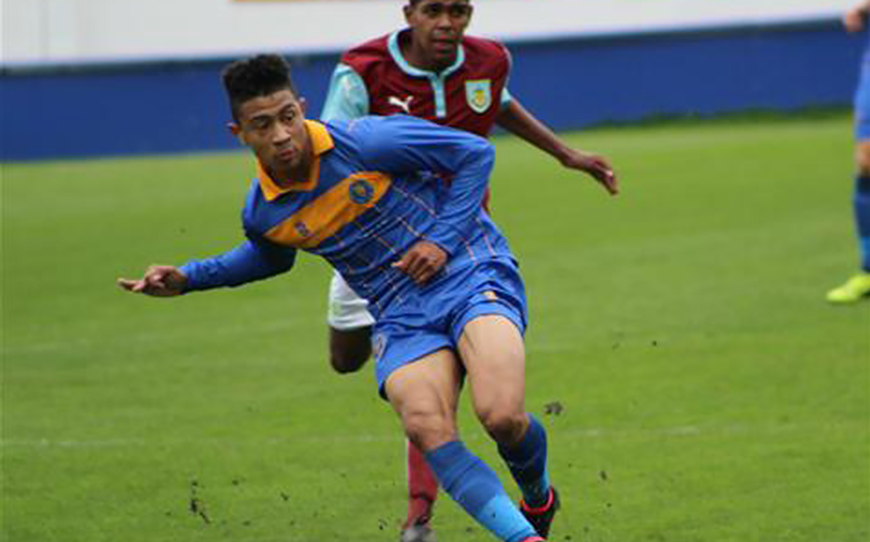 Winger Ginelly who made three substitute appearances for the Shrews in 2014-15 is stalling on signing a professional contract offered to him by the club.

And as he nears the of his second year as an apprentice Williams insists that he should stick around to work with a manager who can “develop him”.

Williams said: “We’ve had no contact with him or his agent. All players you make an offer to will go and see what other offers are out there and I am sure that Josh is doing the same.”

“He will see what offers are available to him, he will decide what is best for him.”

“Personally I think his future is here because he would be working with a manager that can develop him and he’s in and around our first-team squad, but it is his choice.”

Ginnelly, 18, made his first team debut as an 89th-minute substitute in Town’s 2-0 home win over Luton Town last August.

Yet despite his first-team involvement totalling less than 30 minutes of football, Celtic, Ipswich Town, Newcastle United, Stoke City and Sunderland have all been linked with moves for the wide man.

“I have seen it many times where players have gone to big clubs, they don’t play for the first team and in two or three years they are released.”

“It’s for clubs like Shrewsbury to get them going again.”