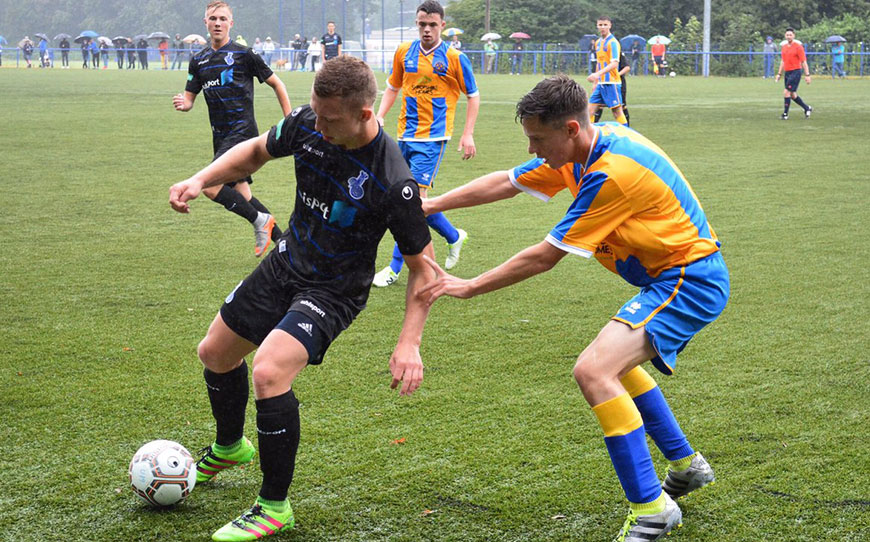 Shrewsbury Under-18s made a flying start to their LFE trip with a convincing 4-1 win over German club MSV Duisburg.

Goals from George Hughes, Tyrone Ofori and a Chris Gallagher brace meant the tourists travelled back to their base in the Netherlands in high spirits.

The Shrews gained first blood just before the half hour mark when a blocked shot rolled perfectly towards Hughes, who rifled a right-foot shot from 30 yards out into the top right corner.

But they were pegged back just five minutes later when Duisburg converted a free-kick.

Town maintained their composure and restored their advantage four minutes before the break as Gallagher found the bottom right corner of the net with a curling strike from range to put the visitors in front.

Shrewsbury continued to impress after the restart, but had to wait until 15 minutes from time to double their lead from the penalty spot as Gallagher held his nerve to find the target for his second goal of the game.

And the win was sealed in the 86th minute through Ofori, who climbed highest and steered a header into the net to secure a comfortable result.