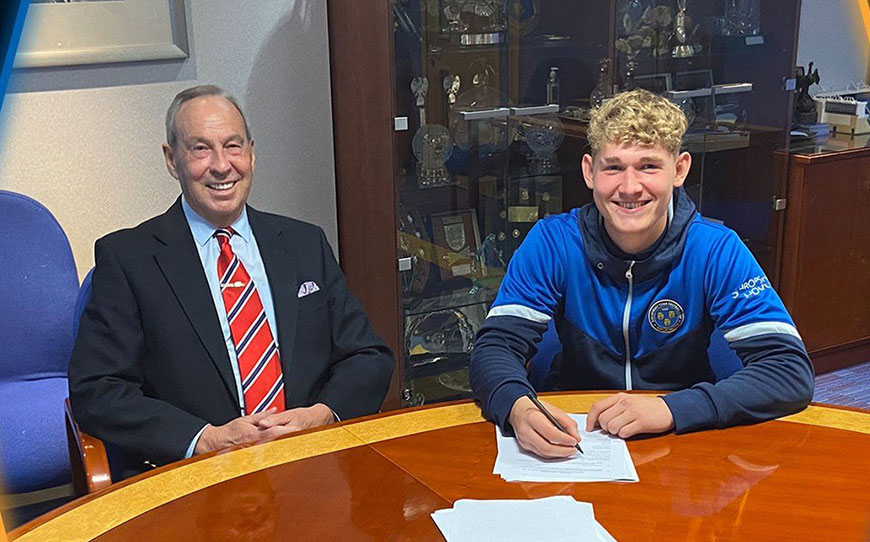 The 6ft 4in goalkeeper joined the club at the age of 14 and has progressed all the way through the ranks, training regularly with the first team this season, as well as gaining experience of men’s football with local club Haughmond.

Academy Director and First Team Coach David Longwell told the club’s website: “It’s interesting to see how players develop differently. Jaden was doing okay, but he’s really kicked on since the turn of the year.

“He came up to train with the first team from January and he’s impressed everybody. He’s worked hard with Brian Jensen (Goalkeeper Coach) and he’s done really well – he deserves another year.”