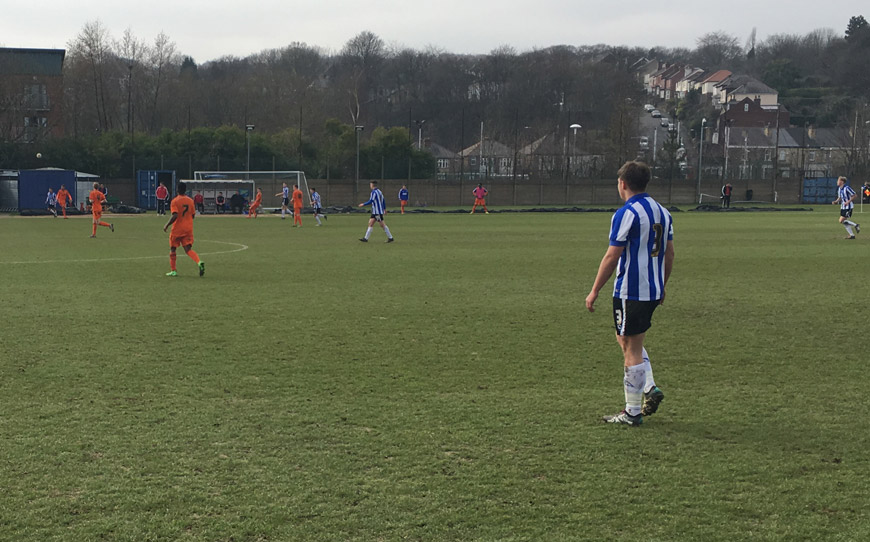 By Jake Green: Ipswich Town swept to victory at Sheffield Wednesday with a performance that was underscored by Lewis Nydam’s wonderful brace.

Town skipper Ross Meldrum’s second half goal was bookended by Nydam’s double. The 17-year-old opened the scoring with the goal of the game, a left-footed free-kick in the 10th minute that flew into the top corner.

“Well he’s actually scored a few of them,” said Ipswich coach Gerard Nash who lauded Nydam’s contribution. “It’s not a fluke and he practices them, it was a really good strike, it was terrific.”

“The boys worked really hard, a number of good performances and like you say from a young side so, we’re pleased,” added Nash, who admitted that the final score had “flattered” his team.

Things might have been different had Wednesday converted an early chance that fell to their England Under-17 forward George Hirst. He though was unable to prod the ball past Ipswich stopper Harry Wright, who magnificently saved from close range.

Ronaldo Jones also impressed for the visitors with his intelligent movement and play and he came close to extending the visitors lead midway through the first half. Owls defender Mason Duffy made a crucial intervention though.

In truth it was an even contest for much of the first period, with Wednesday well in the game until Meldrum’s strike just after the interval.

The victory was sealed 20 minutes later, when Isaac Maynard’s weaving run penetrated the home defence and he set-up Nydam to score his second of the game from close range.