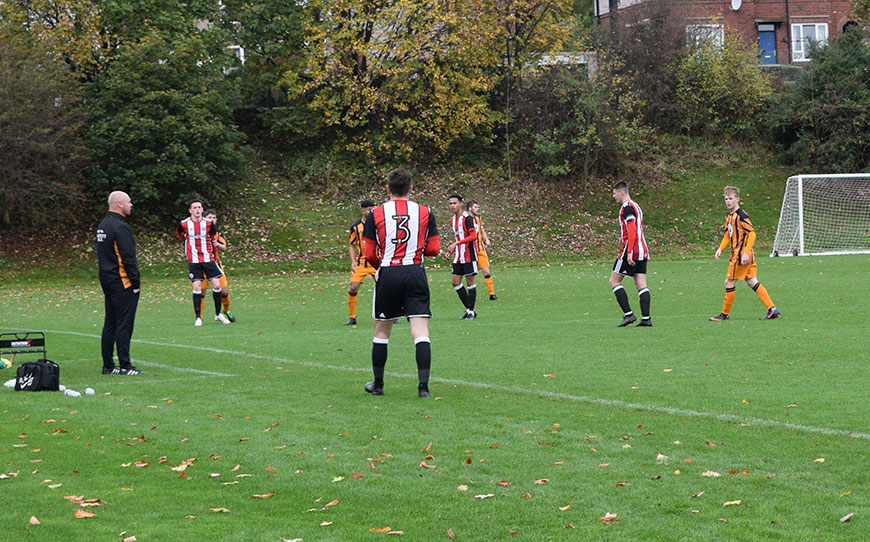 By Joe Harris: Sheffield United Under-18s lifted themselves to within one point of top spot in the Professional Development League North with a 2-0 victory against Hull City.

Goals either side of half-time from Sammy Ompreon and Republic of Ireland Jordan Doherty ensured the Blades got back to winning ways, while Hull missed out on the chance to become league leaders with their second defeat of the season.

United started in direct fashion, with two early crosses finding the head of Northern Ireland Under-21 international David Parkhouse, who was unable to find the target on either occasion.

Midfielder Doherty was also heavily involved and almost broke the deadlock when he exchanged a neat one-two on the edge of his own area before running the length of the pitch to create a clear opening, but his low shot was superbly tipped round the post by Tigers keeper Charlie Andrew.

The away side had some chances of their own, with Ahmed Salam hitting a swivelled shot narrowly wide, while Mason Wilson-Rhiney poked a tame effort into the hands of Hugo Warhurst.

A goalless first 45 minutes seemed inevitable with both sides cancelling each other out, but the Blades managed to force their way in front on the stroke of half-time when a dipping ball from the left flank led to a mix up in the area, allowing Ompreon to latch onto the loose ball and slot home from close range.

The hosts continued to use their aerial advantage after the break and Parkhouse proved very effective in holding up the ball and he could have doubled the lead after receiving a return ball in behind the defence, only to strike his effort straight at Andrew.

Derek Geary’s side maintained complete control of the second half and finally made the most of their dominance when Doherty tried his luck from outside the area and found the bottom right corner to seal a fifth win in seven games.

Geary told LFE: “I think Hull edged the first half if anything. It was a tricky day and conditions were difficult, which is why I’m pleased we’ve come away with the win today. We grew into the game a lot, to be honest could have scored a lot more.

“As an Under-18 coach you sort of get what you’re given and we have to work around that. We played 3-5-2 last week and changed it to a 4-4-2 this week with two big forwards, who I thought did superbly well up their today, we aimed to play a lot more direct.”

The result keeps the Blades in seventh place, although they are now just a point behind three-way leaders Nottingham Forest, Burnley and Huddersfield Town, who have all played a game more.

Meanwhile, Hull dropped to sixth and only remain ahead of United on goal difference after a run of three games without a win.