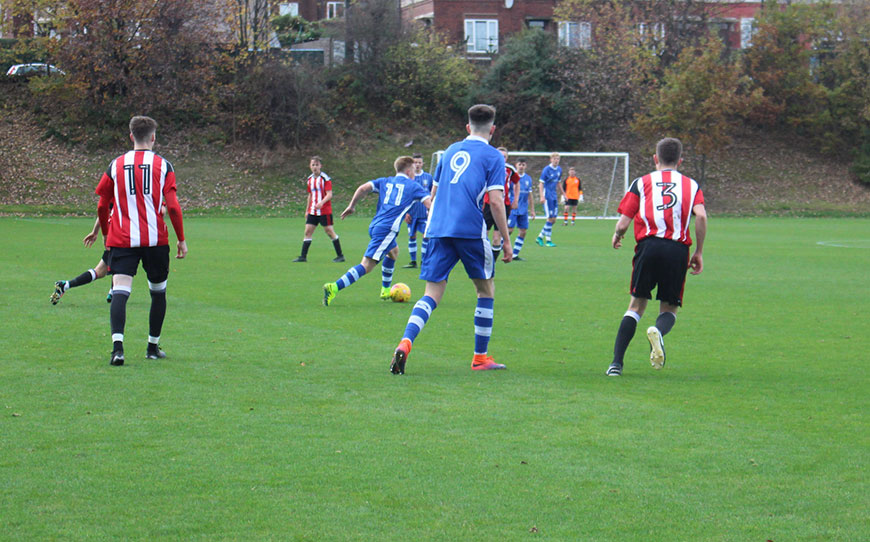 By Seb Gigner: Sheffield Wednesday’s England striker George Hirst bagged a brace at Shirecliffe to settle the Under-18 Steel City derby on Saturday.

A goal in either half from Hirst, coupled with a tenacious defensive performance from the Owls allowed them to end the eight game unbeaten run that has taken the Blades to the summit of the U18 Professional Development League (North).

After a cagey opening, the game burst into life in the 15th minute, when Wednesday’s Alex Hunt’s searching cross flashed across the face of the United goal.

Hunt delivered another tantalising delivery minutes later as Wednesday stepped up the search for an opener and they finally hit the front towards the end of the first half.

Hirst raced on to a Connor Kirby pass and fainted past his marker before curling a stunner effort into the top left corner of the goal beyond goalkeeper Josh Perryman.

The Blades to their credit, pressed for an equalising goal after the restart. Goalkeeper, Dan Walls came to Wednesday’s rescue though with a series of saves, his most impressive, tipping Oliver Greaves’ effort away when it seemed destined for the back of the net.

Jordan Hallam, recently named in ‘The 11’ unleashed a thunderous effort that was brilliantly blocked by a Wednesday defender and thought the Blades continue to push for an equaliser it was the visitors who wrapped up the game late on.

Hirst brilliantly flicked a Liam Waldock header into the path of the on-rushing Jordan Lonchar, who drove in the opposing penalty area. From there Lonchar looked-up and deftly squared the ball back to Hirst, leaving the England youth international forward with the easy job of slotting the ball into the bottom left corner of the goal to ensure a happy trip back across Sheffield.