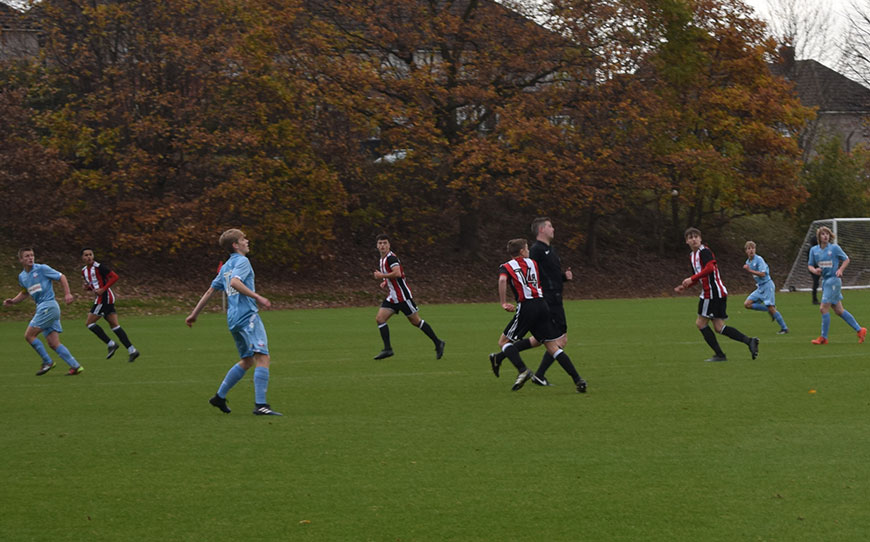 By Joe Harris: Goals either side of half-time from Luca Navarro and Matthew Argent-Barnes were enough to give Bolton Wanderers Under-18s a 2-0 victory over Sheffield United Under-18s to maintain pace with the leaders in the Professional Development League North.

Wanderers remain in third, just one point adrift of leaders Huddersfield Town, while defeat for the Blades sends them sliding to eighth in the table, although they are only five points off top spot with two games in hand.

United began the game on the front foot as they attempted to avoid back-to-back defeats following a 1-0 loss to Burnley in their previous fixture and almost took the lead through Donae Lawrence, who poked an effort into the side-netting after a scramble in the Bolton penalty area.

However, the visitors broke the deadlock against the run of play just before half-time when Laurence Smith unleashed a strike from distance that cannoned off the post, with winger Navarro reacting quickest to tap in the rebound.

The Trotters grew into the game having opened the scoring and came close to doubling the margin after Cameron Moore was played through on goal by Matt Fearnley, but United keeper Hugo Warhurst did just enough to tip Moore’s effort past the post for a corner.

The hosts were unable to keep them out for much longer though as Argent-Barnes received the ball out wide before working the ball onto his left foot and firing an unstoppable shot past Warhurst to put Bolton in complete command.

Northern Ireland Under-21 international David Parkhouse almost halved the deficit for the Blades, but his powerful drive was marginally too high as they home team failed to find a way back into the game.

Blades Under-18 coach Derek Geary told LFE: “You get what you deserve in football. In the first half, yes we controlled the game and we maybe could have had one or two, but that’s football.

“Bolton did more than enough in the second half to warrant a victory, so fair play to them. If you miss your chances the likelihood is the other team will go up the other end and score so we can’t have any complaints.”