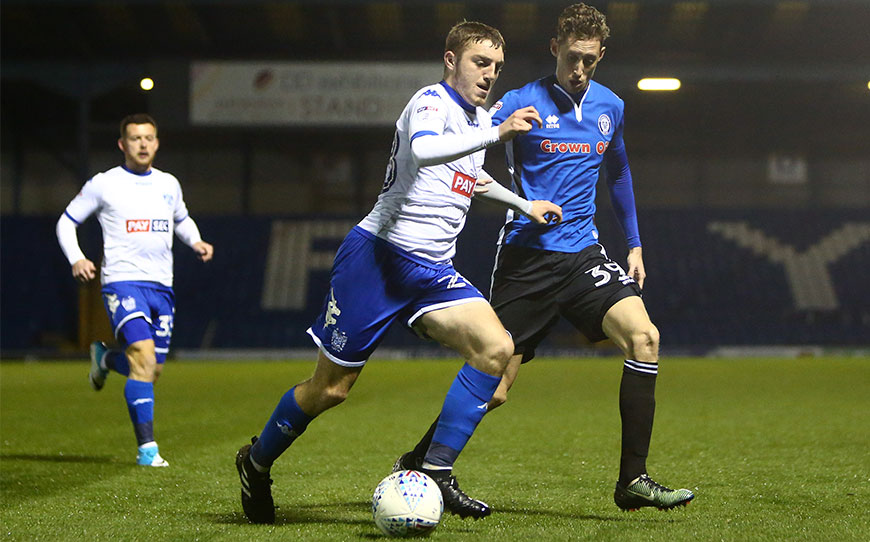 Bury second-year apprentice Ryan Cooney has put pen to paper on a two-year professional contract to commit his future to the Shakers until the summer of 2020.

The youth team captain led Bury to the fifth round of the FA Youth Cup, the furthest the club has progressed in the competition since 1966.

Cooney was handed his senior debut back in August as a substitute in a goalless draw against Rochdale in Sky Bet League One before making his maiden start in the Checkatrade Trophy the following month.

The versatile teenager has featured nine times in total for the first-team, including his full league bow against high-flying Wigan Athletic last month.

Under-18s manager Ryan Kidd told the club website: “I am extremely proud and delighted to see Ryan sign his two-year professional deal. He has been the model scholar, showing a fantastic attitude and a hunger to improve on a daily basis.

“Even more satisfying is that Ryan has been at the club’s Academy since the age of 9, you can’t get any more homegrown than that. Everyone in the Academy should have a sense of pride from his achievements. Ryan has a real affinity for Bury FC and he cares passionately about the club.

“His emergence onto the first-team scene is no surprise to me or Mark Litherland (Academy Manager). I hope he continues to develop to his full potential and go on to have a very successful career in the game. Well done Ryan, it’s well deserved!”