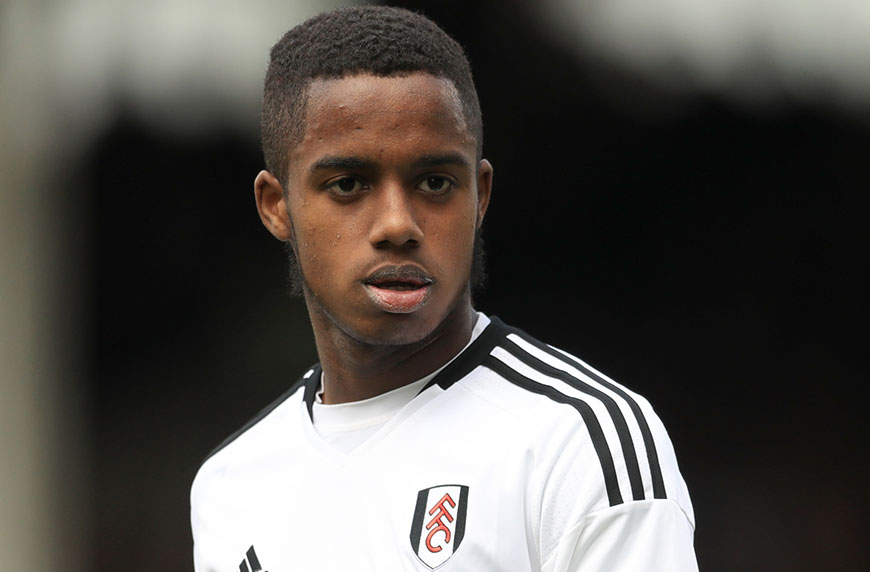 Fulham have warned off suitors for teenager star Ryan Sessegnon after he signed his first professional contract with the club, keeping him at Craven Cottage until June 2020.

The 17-year-old has enjoyed a sensational breakthrough season, being named in the PFA’s Championship Team of the Year and becoming the league’s youngest ever goalscorer since making his senior bow in August in an EFL Cup win over Leyton Orient.

Sessegnon featured 30 times and scored seven times, with his strike against Cardiff City making him the first EFL scorer born in the year 2000.

The young left-back told the club website: “I’m excited to see what’s in front of me at this club, hopefully we can all push on now. Last year I got a lot of opportunities from the Gaffer, and I just want to continue that.”

Sessegnon is one of five apprentices past and present to be selected for England’s squad for the Under-19 European Championships, which begins on Monday 3 July against Bulgaria.

Boss Slaviša Jokanović added: “Ryan joined our first-team squad early during pre-season last summer. One year on, I’m pleased that Ryan’s performances have been rewarded with his first professional contract with Fulham and he will continue to be part of our project in the future.

“He is an exceptional young player who has demonstrated loyalty and commitment by continuing to serve this Club since his progression from the Academy.”

Meanwhile, twin brother Steven has also signed professional forms, agreeing a three-year deal of his own.

The England Under-17 international has yet to make the same kind of impact on the senior side as Ryan, but did progress to the Under-23 team towards the latter stages of the 2016/17 campaign.

“It feels very good to sign, I’m very happy to get it done,” he said. “Fulham is a family club, and I have it in my heart a lot.

“I think about the success this club has had and where we used to be, and I hope we can get back to it. I’m hoping this year I can have an injury-free season. The more I play, the better I can get.”