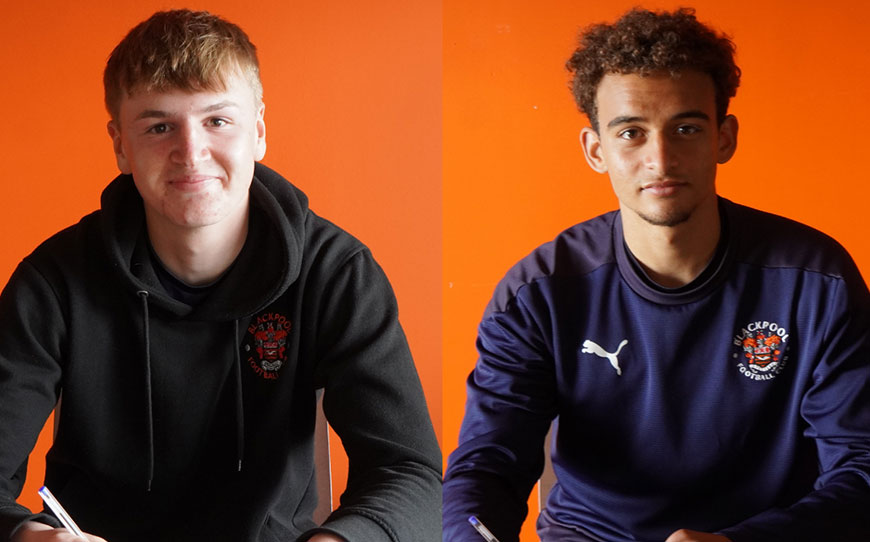 Blackpool apprentices Charlie Monks and Sky Sinclair have both penned their first professional contracts, agreeing one-year contracts with the option of a further 12 months.

Goalkeeper Monks appeared 22 times for the club’s Under-18s team this season, producing a series of consistent performances, while Sinclair has featured on 28 occasions for the youth side.

“Charlie has been consistent throughout the season and has also had some real stand out performances at times,” Academy Director Ciaran Donnelly told the club website. “The improvements in his game since Matt Irwin arrived at the club have meant that he has developed excellent attributes as a goalkeeper, and I’m looking forward to seeing how he progresses under the guidance of Steve Banks in the coming season. Charlie has been with the club for five years now and it’s pleasing to see our own players developing through the academy to professional level.

“Sky has shown resilience and determination to have a strong second year of his scholarship and has earned the opportunity of a one-year pro contract. He has made significant improvements to his game and has been a key member of the Under-18 squad this season. He is a polite, well-mannered young man and is a pleasure to work with on a daily basis.”

Monks said: “It’s a great step into the future for me and the hard work has paid off. I’m very happy with the support I’ve had from my parents and coaches. I’ve had some good experience working with Steve Banks and the first-team keepers and learned a lot over the past year. Hopefully I can keep developing on the pitch.”

Sinclair added: “It’s feels really good to sign a professional contract at Blackpool. It’s been a long journey and I’ve been working really hard to achieve this. I just want to keep improving now and reach my goals.”