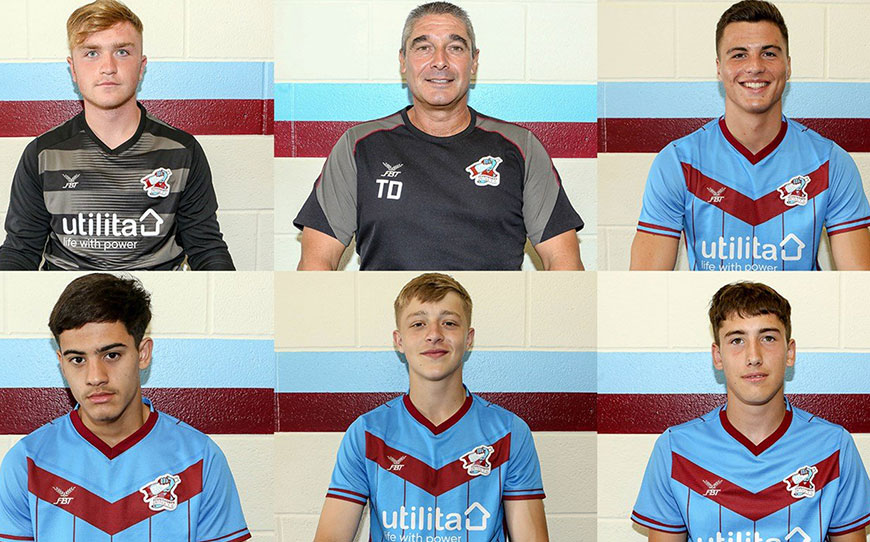 Scunthorpe United have offered professional contracts to four apprentices, with Charlie Barks, Raynner Silva, Finley Shrimpton and Harry Jessop all being given the chance to extend their stay with the club.

Goalkeeper Tom Collins, who was named in LFE’s ‘The 11’ in March, is a fifth member of the cohort to earn a future with the Iron, having already penned a three-year deal in August.

Academy Manager Tony Daws told the club website: “We are absolutely delighted to be able to offer five out of the eight second year boys professional contracts at the end of this season.

“We have to say well done to the boys and congratulate them on their development and progression, and we wish them good luck going forward.

“Five players signing professional is excellent news and it empowers the Academy staff and players of all age groups, it demonstrates there is a pathway for players to progress.

“I would like to thank all of the staff that have worked with these boys at some stage, from our Under-9s coaches right the way through to the Under-18s coaches, and the first team staff that have also assisted in the player’s development.

“Very importantly, we must recognise and say a big thank you to the Chairman and the Board of Directors for their fantastic commitment to our academy and for providing this life-time opportunity to these boys.”

Unfortunately, Levi Gallimore, Aidan Train and Luca Chadli have been informed that their time at the club will come to an end at the completion of the apprenticeship.

Daws added: “We have an exit strategy for the boys that are released as we offer advice and guidance in terms of getting trials at other clubs, the non-league pyramid, progression to universities in this country and advice on American education and football scholarship opportunities.

“The tutors at John Leggott College do a fantastic job ensuring that all of the boys attain the best grade possible, as most boys achieve distinction status. The boys also complete an NVQ as well as taking their first steps on the coaching ladder, qualifying as FA Level 2 coaches.

“The boys have also undertaken a personal development and life-skills programme delivered in conjunction with League Football Education. LFE’s Life Skills programme aims to raise awareness and empower apprentices with knowledge and skills to deal with the demands of football and life.”