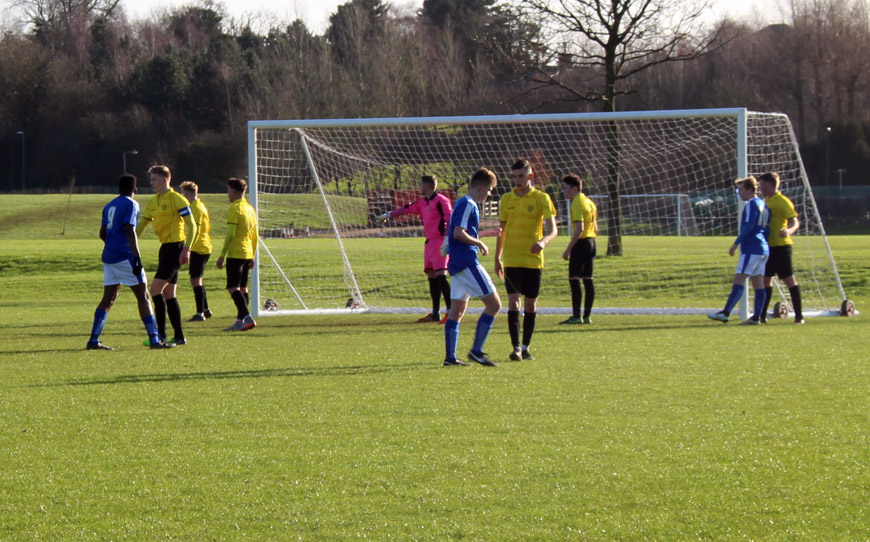 By Jack Furness: Burton Albion Under-18’s midfielder Joe Sbarra is hoping to follow in the footsteps of several other youngsters to have come out of the Brewers apprenticeship programme to reach the first-team.

The likes of Sam Austin, Matty Palmer, Joe Doyle, Liam Salde and more recently Mark Shelton have come through the ranks at the PIrelli Stadium and Sbarra, who has already trained with the first-team is hoping to become one of the next names off the production belt – with the club keen to promote from within.

“We’ve seen it with Sam and Shelts [Mark Shelton], getting on the first team bench,” Sbarra said. “That’s where we want to be essentially, its what we are here for to try and get a pro contract and seeing Mark [Shelton] come through shows its something to aim for.”

Team-mate Ben Fox reiterated Sbarra’s sentiments and expressed his desire for a strong finish to the current campaign after their victory over Chesterfield last weekend.

“Players have come through here and everyone wants to be a part of it and everyone’s giving us a good opportunity to do that,” he said. “I think we should look to push on and build on the result. A good result next week as well will push us up the table because we’ve got an excellent bunch of lads that could definitely go further and win more games.”

“We started off well, and then we hven’t been up to the standard in my eyes, we all know that we haven’t been up to standard and hopefully over the next five or six games we can look to push on and show how good we are.”

This Saturday, Burton face Rotherham, at Bawtry Road and despite being separated by one point and one place Under-18s coach Sam Rose insists that it will just be business as usual.

He said: “We won’t change an awful lot, we’ll keep trying to go and play football and score goals and defend. The boys work a certain way during the week with Lewis Chambers who is our sports scientist, and we’ll structure the week similarly to how we always structure it.”

“If you lose you lose, if you win you win, its nice to win, it’s horrible to lose. We are here to develop footballers and give them an opportunity so we’ll help them get better physically, technically, tactically and give them another opportunity to play next week, he added.”