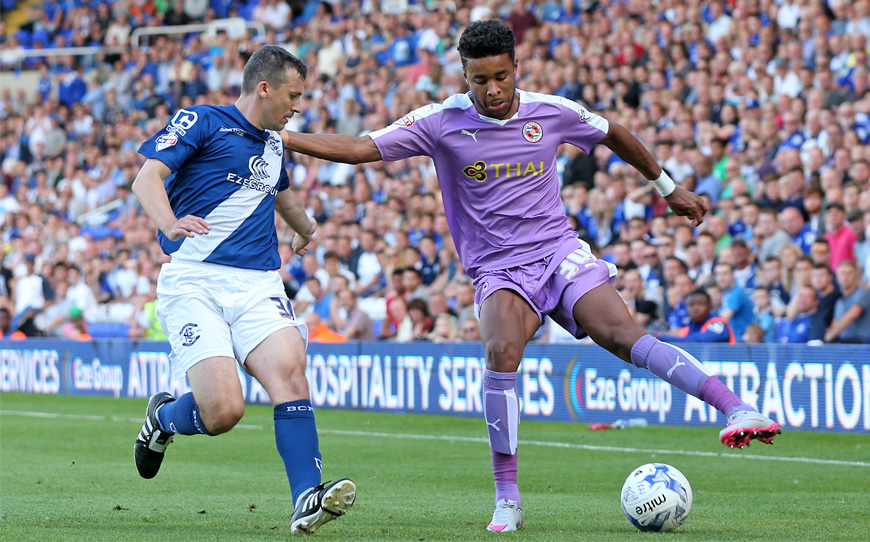 Reading prospect Dominic Samuel has signed a new three-year deal with the club. The forward, who came through the club’s apprenticeship programme will stay at the Madejski Stadium until 2018.

The 21-year-old is yet to prove himself as a Reading first-team player but has gone out on loan each season since graduating from the club’s academy in 2012.

Those spells have seen him gain experience at Colchester, Dagenham and Coventry City last season. Samuel follows fellow youngster Aaron Tshibola in signing a new deal with The Royals.

Manager Steve Clarke said: “Dominic thoroughly deserves his new contract and we are delighted that he will continue to develop his career here at Reading FC. He is another young player who has benefited from our use of the loan system after a very successful spell at Coventry City last season.”

“Unfortunately he suffered a bad injury there but has worked diligently over the summer and enjoyed a good pre-season with my first team group where he has shown that with normal improvement he can have a very good career in the game.”

“Dominic has an eye for a goal which, as everyone knows, is a priceless commodity in the game. Although he has had another medium term injury set back there will be more than enough time for Dominic to continue his good progress in the coming months.”

Director of Football Nick Hammond added: “I am very pleased for Dominic to have signed a new contract; it is important for him and important for the club as well.”

“He had a great spell out on loan with Coventry in League 1 last year, where his goal-record was one-in-two – which is the benchmark for top strikers these days. It is disappointing that he picked up an injury early in this season against Colchester, when he would have hoped to be pushing for a place in the team, but those are the sorts of challenges which you have to overcome in football.”

“Hopefully he will be through that soon and he’ll have the opportunity to kick on again and put pressure on the other strikers for a place in the team.”