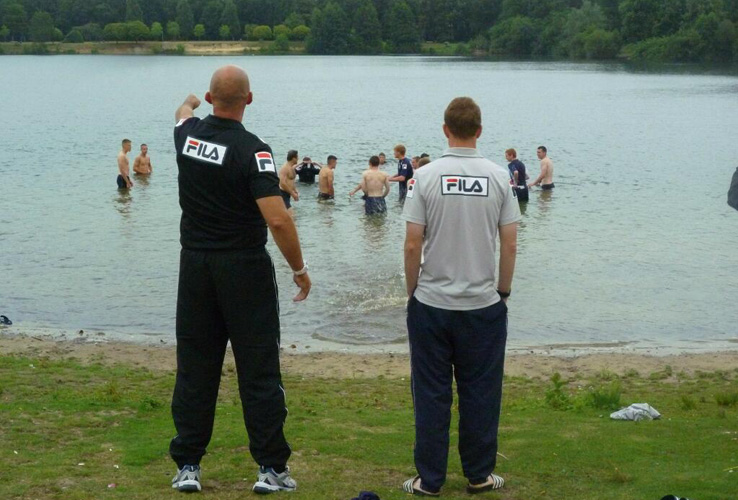 Despite an early start all the lads were buzzing on Monday morning when we met at Prenton Park.

We couldn’t wait to fly out and get started so inevitably the flight and the transfer from the airport seemed to take an eternity. Our first impressions of hotel was a universal thumbs up though it was quite funny that we needed a guided tour around it to ensure that some of our party don’t get lost walking to and from their rooms!

That was followed by a quick change into training kit and onto a sublime surface to get some training in. Honestly the pitch looked as though there wasn’t a blade of grass out of place it was like playing on a new carpet!

Tuesday started with a early morning session to work on defending and attacking set-pieces and shape for our fixture later on in the day against Vitesse Arnhem.

The facilities at Vitesse Arnhem were second to none and the pitches were again all of a brilliant standard something that I suppose is easier to have early in the season. I know come January and February that Prenton Park and Raby Vale won’t be in this shape so have to wonder whether the weather will effect these as much as the year goes on.

The game itself proved to be a disappointment in as much as we genuinely felt after that they were opponents that we could’ve beaten. As it was we went down 3-1 but we learnt a lot and took note of their very offensive style of play and the way in which they kept the ball so well.

That night we took a cool down in the lake outside the hotel which was led by our physio Ruddy! Going into a cold lake is not everyone’s cup of tea but that sort of thing is essential these days to reduce any inflammation and help muscles recover.