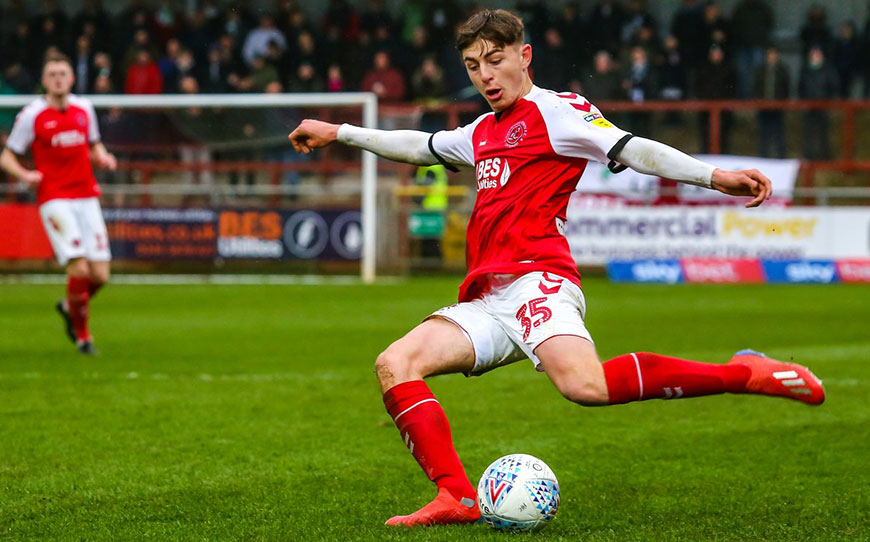 Fleetwood Town have handed second-year apprentice Ryan Rydel an extension to his contract, having penned his first professional deal back in October. The left-sided teenager has agreed terms until June 2021, with the club holding an option for a following year.

Eighteen-year-old Rydel made his EFL debut for the club against Walsall last month, and has since added two starts to his tally, contributing to victories against Plymouth Argyle and Accrington Stanley.

“He’s impressed me since I arrived at the club, and has been superb since coming into the team last month at Walsall. His attitude is first class and he’s got a great desire to continue learning from the staff and his teammates.

“We’re excited to see what the future holds for Ryan at Fleetwood Town.”

Rydel is one of two apprentices to sign professional forms with Fleetwood this term, with first-year defender James Hill putting pen to paper in February.