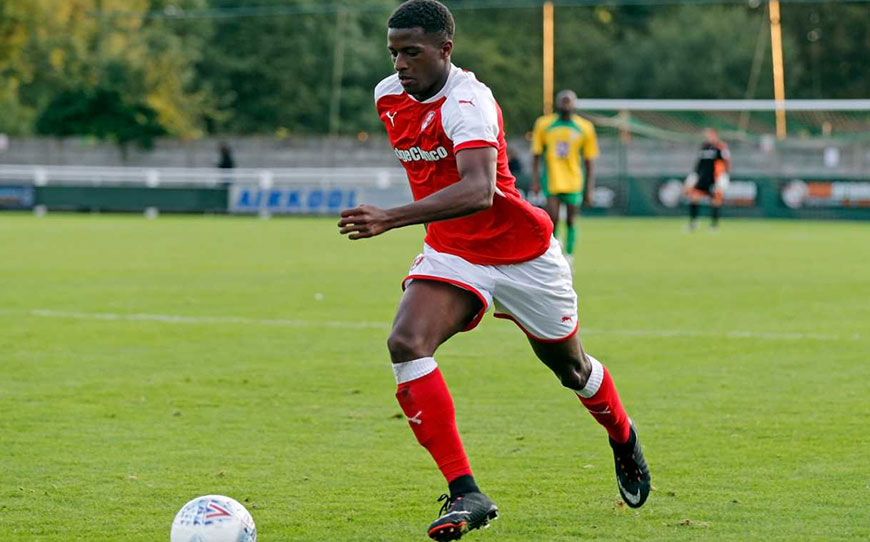 The 18-year-old caught the eye of manager Paul Warne having taken part in first-team pre-season fixtures in 2017 before making his senior bow in the Checkatrade Trophy against Chesterfield.

“Akeem played in the Checkatrade Trophy last season and did well,” First-team/Development coach Matthew Hamshaw told the club website. “His levels dropped in some of the Under-18s and reserve team games, but we sat him down and had a chat, he re-focused and that’s why he got his professional deal.

“He didn’t get it because he had played a few first-team games, he got it because he re-assessed his progress and pushed on. We saw some character in him, and we feel he can kick on again because he has shown he can come back after a difficult spell.

“He is another one who we’ll look closely at, and maybe see if we can get him out on loan at some point to gain further experience.”

Hinds is the third Millers Academy player to be handed professional terms after striker Joshua Kayode and Northern Ireland youth international Reece McGinley. All three played a part in the 3-0 victory against Bradford City in the Checkatrade Trophy back in November.