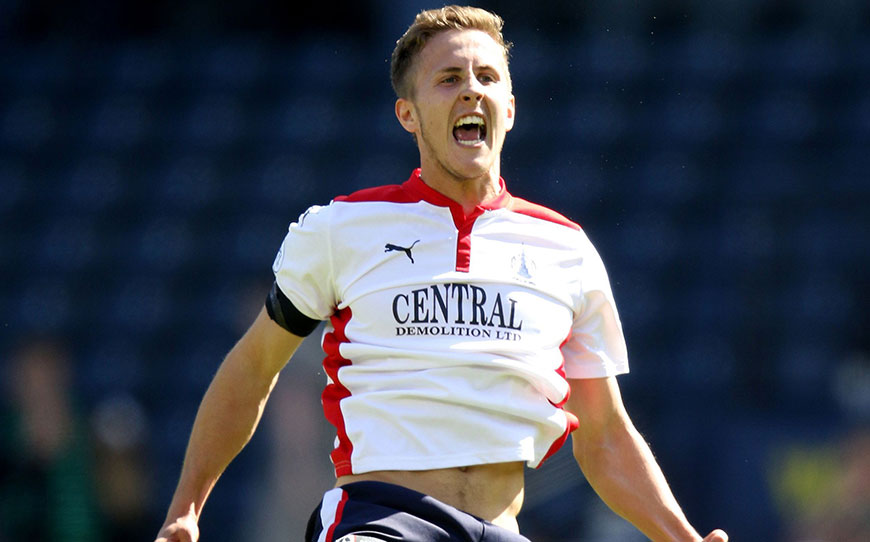 Rotherham United have completed the signing of midfielder Will Vaulks from Falkirk who joins for an undisclosed fee on a three-year deal.

The 22-year-old, a former Tranmere Rovers apprentice, made over 100 appearances for the Scottish Championship club since making an initial loan move permanent in July 2013.

“We’re delighted that he has signed for us because there were a number of clubs after his signature,” Millers manager Alan Stubbs said.

“We have been monitoring his situation but literally over the last 16 hours it has accelerated. We have acted very quickly and managed to get Will here this morning.

“He’s someone I came across in Scotland obviously from my time at Hibs. He’s a young player and he’s combative. He has improved over the last couple of seasons since I’ve been in Scotland and he’ll give us a little bit of steel as he’s good at winning the ball back.

Stubbs added: “He’s got a goal in him from midfield and the thing about him is that he’s still got untapped potential and I think he is more than capable of making the step up to the Championship.

“For me, he was Falkirk’s main player. The thing that impressed me was that he performed in the bigger games. He will be a loss to Falkirk and hopefully that will be Rotherham’s gain.”