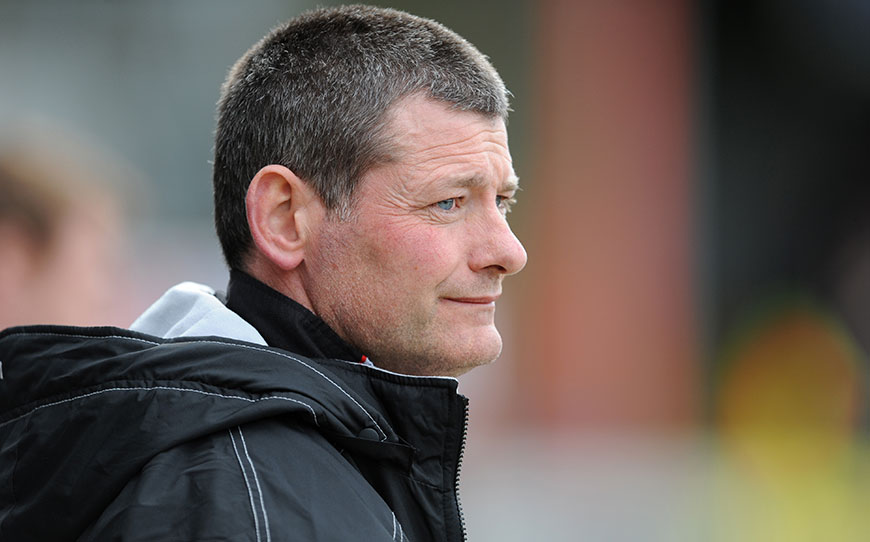 Fleetwood Town and Walsall’s Under-18s played out a 2-2 draw on Saturday that left both managers satisfied with the outcome.

The Cod Army twice went ahead through Lewis Baines and Jordan Hancox but were twice pegged back with Cameron Peters and Rory Oliver on the score-sheet for The Saddlers.

And both Nathan Rooney and Neil Woods (pictured) were generally pleased by their players efforts.

Speaking to the Club’s official website, Rooney said: “I felt the game was the toughest game we’ve had this season. They are an excellent footballing side and it was a good contest to see which level the lads are playing on.

“There were a load of positives as they were the best footballing side we’ve come up against. We created lots of chances. There were a few gaps due to a lot of ground to cover, but that’s what you’re going to get against a team who functions well and moves the ball really well.”

Woods was keen to credit his team for twice fighting back to earn a point. “We were up against big, strong opposition who have scored a lot of goals this year,” explained Woods.

“We actually started the game very well and controlled the first 10-15 minutes. Then we concede from a corner which was very disappointing and it kicked them into life. The rest of the first half was fairly even and in all honestly they perhaps edged it if anything.”

“We get back in the game with a super goal in the second half. Cameron Peters with a great finish after a nice pass from Hayles-Docherty to put us back on level terms and really we controlled the game again for long spells.”

“The disappointing aspect is that they take the lead for the second time and 9 times out of 10 the referee blows for a foul on our keeper. He didn’t give it and we find ourselves up against it again but the way the lads kept playing was brilliant.”

“We stuck to our principles and got our goal with a good header and we were in the ascendancy for last 15 minutes. We’re a young team and I was really pleased with the competitive nature of how we kept going about our jobs. We kept plugging away and stuck to how we play and so to come away with something from the game was pleasing.”

The result leaves the Saddlers a point ahead of Fleetwood in sixth place, just three points behind leaders Tranmere Rovers.