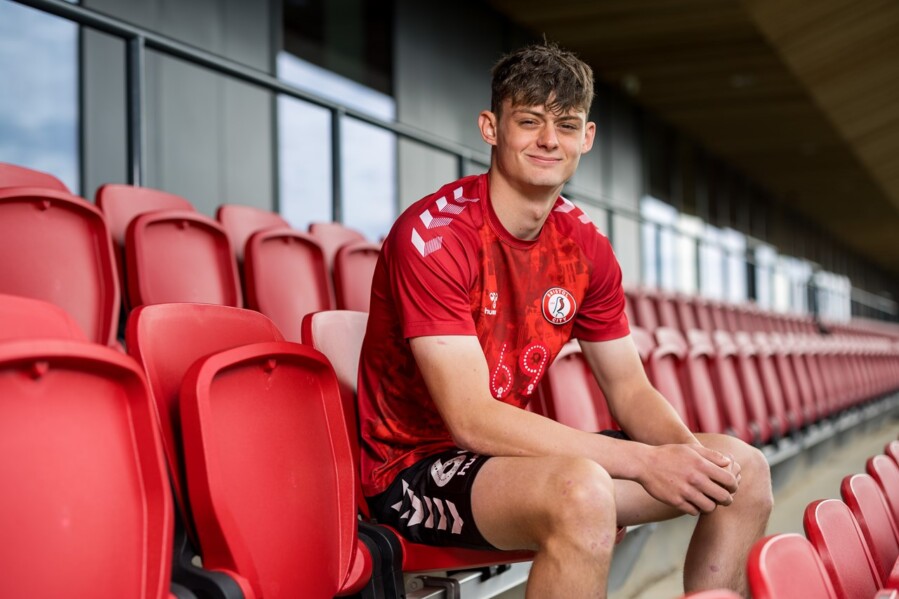 The 18-year-old Bristolian has signed a new one-year deal, extending his stay at the club until at least June 2023. The forward has been at the Robins for 10 years, joining at the age of eight, and has been a regular in the Under-23s this season.

The club website reported that on completion of the season, an average of 6.5 Academy players were included in the first team matchday squad, shining a light on the pathway that currently exists for the club’s up and coming talent.

With 172 first team appearances from Academy graduates, including Sam Bell, Ayman Benarous, Tommy Conway and Max O’Leary, manager Nigel Pearson is encouraged by the progress made under the directorship of Brian Tinnion.

Pearson told the club website: “One of our aspirations as a club is to produce home grown talent who make it into our own team. The success of some of those youngsters this year coming through into the first team gives us greater impetus with how our Academy is structured because our young players get opportunities if they are good enough.

“I know Tinns (Brian) is very keen for us to be aligned so that people understand what we are trying to produce. It’s very important that we do produce home grown talent and we are on the same page in terms of how we operate as a club so hopefully the future remains very bright for us.”