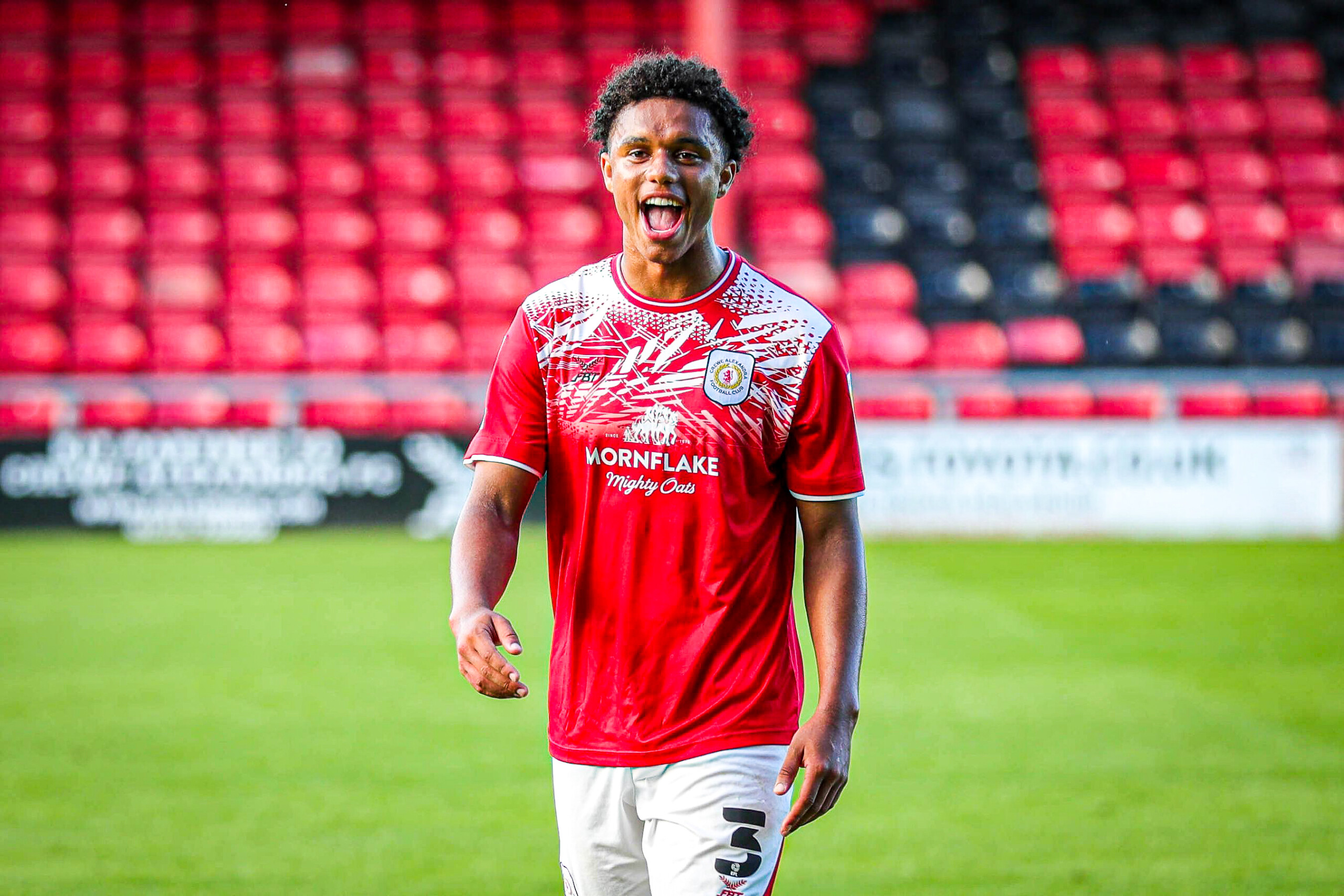 Young Crewe Alexandra full-back Rio Adebisi has penned a new and improved two-year deal with the League One outfit.

Adebisi has progressed all the way through the famous Crewe Alexandra academy system after joining the club at the age of 12. He penned his first professional contract in 2019 after impressing first-team boss Dave Artell with some assured performances as captain of the Under-18’s and Under-23’s. During that time Rio achieved a DD in his BTEC Level Diploma in Sport and made it into LFE’s June 2019 edition of ‘The 11’.

The 21-year-old has now cemented his place in The Railwaymen’s starting line-up and has racked up a total of 36 appearances since breaking through. Despite Crewe Alex’s struggles in League One, Rio has been a shining light, with Artell rewarding the Northwich-born defender with a contract that ties him down until the summer of 2024.