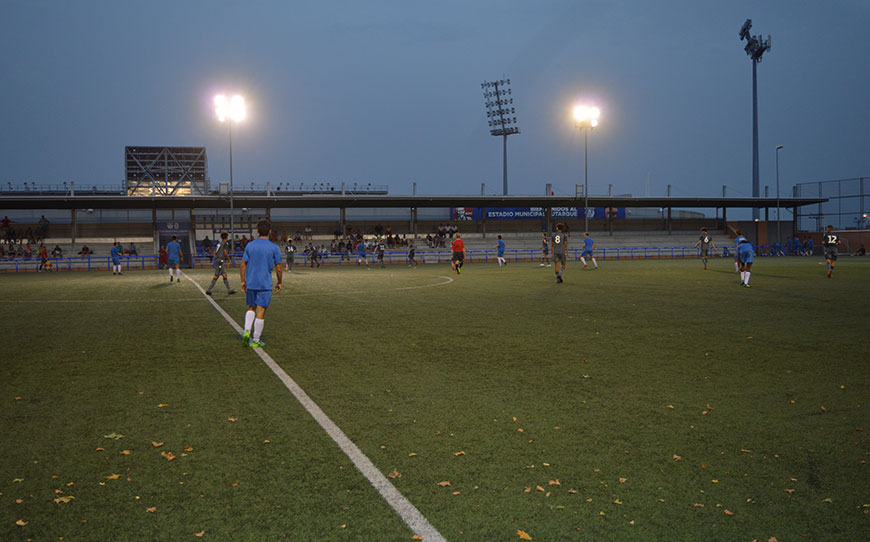 The academy teams out in Spain and the Netherlands were back in match action for their second round of fixtures, with seven of our English Football League clubs bidding to maintain their 100% records.

Here’s an overview of how they got on:

Bury’s youth team came from behind to pull off a magnificent victory against Antequera CF. The young Shakers found themselves 2-1 down at half-time, with Callum Hulme finding the net, but a clinical second-half display turned things around. Cedric Ondoa volleyed home a Hulme corner to restore parity before Joe Adams put Bury ahead from the penalty spot, while Callum Dolan doubled the margin to complete an impressive turnaround.

Millwall’s academy side made it two wins out of two in Spain with a hard-fought 1-0 win against CD Leganés. The tourists found it difficult to break down their Spanish opponents, but maintained their discipline and finally found a way to open the scoring with 10 minutes left courtesy of a Jay Barton strike.

MK Dons Under-18s were unfortunate to end on the losing side after a closely contested encounter against Rayo Vallecano. Clearcut chances were limited for both teams during the 45 minutes, while the second-half provided much more attacking intent, with the woodwork denying both sides from breaking the deadlock. However, having waited 70 minutes for a goal, the Spaniards opened up a two-goal margin to condemn the young Dons to their first defeat on tour.

Morecambe added a second win to their tally in Spain with a professional performance to see off Jerez Deportivo. Kai Herbert and Freddie Price were on target for the Shrimps, who hold a 100 per cent record heading into their final fixture against Real Betis.

The young Canaries appeared to be on their way to opening their account in the win column having narrowly lost to Sevilla in their tour opener, but a second-half equaliser meant they were forced to settle for a draw. Spencer Keller netted Norwich’s first goal in Spain by heading home Ethen Vaughan’s cross from the right, only for Cadiz to level things up after the break.

Birmingham City Under-18s goalkeeper Ben Haywood was in inspired form despite conceding four goals as the Blues suffered a second successive defeat in the Netherlands. The first-year apprentice made two excellent saves from one-v-one situations before the tourists were awarded a penalty after Christ Mayuba was fouled inside the area, although Kane Thompson-Sommers’ effort was saved by the Gent stopper. The Belgian side then rubbed salt into the wound by scoring twice in quick succession, although Birmingham responded well and halved the deficit through an own goal from a Ryan Moore cross.
However, the Blues were unable to complete a comeback after the break despite more heroics from Haywood as Gent eventually added two more goals to seal a 4-1 scoreline.

Striker Malachi Linton was the star of the show as Crewe Alexandra Under-18s notched their first victory of the trip. Linton netted a hat-trick to take his tally to four goals in two games in the Netherlands, having opened his account in the 2-2 draw against Vitesse. Arminia Bielefeld had initially taken the lead but were unable to defend their advantage with Linton in lethal form in front of goal, while Connor Heath also got himself on the scoresheet.

In complete contrast to their previous showing against Dordrecht, Grimsby Town Under-18s were unable to find the net against Vitesse, just days after hitting seven in the tour opener. Rumarn Burrell, Conley Poynter, Joe Starbuck, Jock Curran, Brandon Buckley were all denied by the Vitesse goalkeeper, while Brandon McPherson struck the post as the young Mariners lacked the end product to break the deadlock. And the visitors ended up relying on stopper Ollie Battersby to salvage a draw, with the second-year apprentice making a spectacular penalty save.

Leeds United Under-18s are still awaiting their first win in the Netherlands after suffering a 2-0 defeat to a strong AZ Alkmaar Under-19s team. The visitors remained very competitive throughout, but were unable to find a way past the Alkmaar defence, who capitalised on two openings to claim an impressive victory.

Newport County’s Academy side produced a devastating display to cruise past FC Dordrecht, who have now conceded 13 goals in two encounters with English opposition having lost 7-0 to Grimsby Town at the weekend. The Welsh outfit put four past KV Mechelen and took their tally to double figures, with all three goalscorers from the opening match finding the net again. Lewis Collins made the breakthrough and Tom Hillman completed the scoring, while Owen Taylor grabbed a brace. Meanwhile, Dom Jefferies and Owura Edwards netted their first goals in the Netherlands.

Having sweeped past FC Dordrecht at the weekend, Pompey’s youngsters made a perfect start to matchday two by breaking the deadlock inside four minutes when Josh Flint’s delivery was diverted in by a Vitesse defender. However, Portsmouth were pegged back almost immediately following a poor defensive clearance and another lapse in concentration allowed the hosts to take the lead eight minutes before half-time before quickly adding a third to kill off the tourists.

Rochdale’s teenagers enjoyed a fantastic turnaround from the disappointment of losing to Feyenoord by thrashing KAA Gent 5-0. After a dominant first-half display, Dale had to wait until the 40th minute to claim the advantage through Toby Phillips. The message at half-time was to be more clinical and the defending EFL Youth Alliance North West champions succeeded within moments of the restart as Fabio Tavares netted twice in five minutes. Tavares turned provider late on to set-up Musambya Kisimba, while Tom Claxton put the icing on the cake with a good low finish in stoppage time.

Sheffield United secured their second win of the tour after a hard-fought 2-1 win against FC Dordrecht Under-19s. Having relied on defender Kyron Gordon to get the goals in their opening fixture, centre-half Jean Belehouan took over scoring duties to bag the winner after striker Sam Ackroyd had earlier found the net.