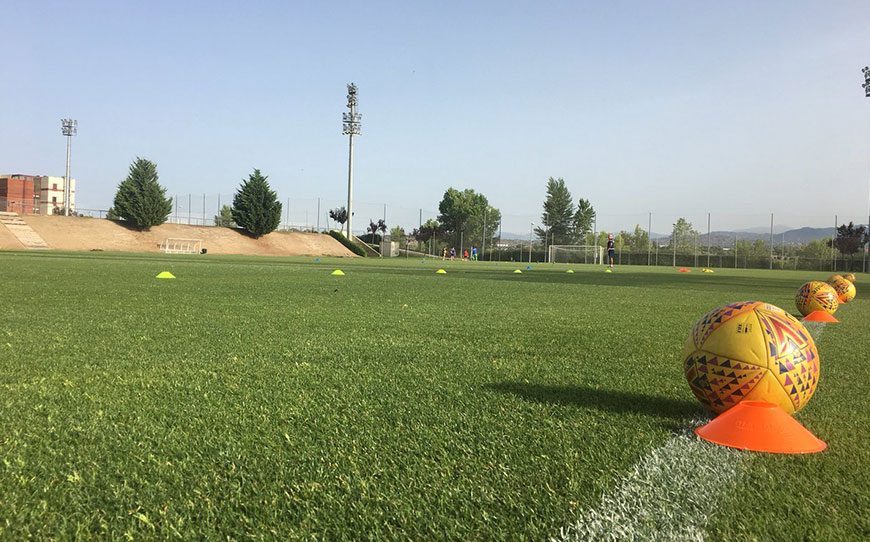 After almost a week of training, the fourteen clubs on this year’s LFE pre-season trip in Spain and the Netherlands competed in their first matches against European opposition. Here’s the results from Matchday 1:

A valiant effort from the Canaries was left unrewarded as they held Sevilla to a goalless first 45 minutes before finally succumbing to the hosts in the second-half to end the game on the wrong end of a 2-0 scoreline.

Blistering heat in Malaga disrupted the tempo of both teams, meaning a 0-0 stalemate seemed almost inevitable as neither side were able to break down two solid defences in a competitive encounter.

A tight game in incredibly hot conditions, the young Shakers were unable to find a way through their Spanish opposition, although they did manage to claim a clean sheet against a side that put four past Real Madrid in the Spanish Youth Cup in June.

Millwall’s teenagers produced a gritty performance to snatch a narrow victory against AD Alcorcon as Reuben Duncan slotted a left-footed effort into the bottom corner to finish off a sharp counter-attacking move to separate the two sides. The Spaniards threatened to equalise, but the Young Lions held firm thanks to Joe Wright after with the goalkeeper saved a penalty to maintain a vital clean sheet.

Recoe Martin and John Freeman were the goalscorers for MK Dons as they showed stellar concentration and organisation, combined with enough of a creative spark to edge past Rayo Majadahonda 2-1 in Madrid.

Morecambe Under-18s ensured they started their fixture schedule in Spain with a win despite not shutting out their hosts as Henry Dorward, Ryan Mason and Amilcar Codjovi all found the net to secure an impressive result for the Shrimps.

Kaleb Young told LFE: “It was a good run out for the boys against a physical side throughout. We matched them for the full game and played the better football.”

A difficult opening fixture for Birmingham as they were blown away by a rampant second-half display from the Dutch side.
Chris Mayuba put the Blues in front before the break as he converted Ryan Moore’s drilled ball across the area, but Feyenoord equalised before half-time and were clinical after the restart, creating a six-goal cushion.

Crewe Alexandra’s academy players registered a positive result in their tour opener as they held Vitesse to a 2-2. Joe Robbins and Malachi Linton claimed the goals to give Crewe a solid start to build on for the rest of the trip.

An outstanding display from the Mariners saw them comprehensively beat their hosts, going 3-0 up in the first-half before turning it into a rout after the break. Rumarn Burrell broke the deadlock, while Brandon Buckley and Tom Jamieson also netted to put Grimsby in the driving seat. After the restart, Burrell doubled his tally before Brandon McPherson and a late double for Deji Owoeye added further gloss to the scoreline.

Leeds United’s youngsters performed admirably in their first game in the Netherlands to come from behind and hold a strong Vitesse outfit to a 1-1 draw, with Niall Huggins netting a fine leveller.

Newport County triumphed in an entertaining clash between two teams intent on playing attractive football. Lewis Collins grabbed a brace, while Tom Hillman and Owen Taylor were also on the scoresheet.

Portsmouth Under-18s sealed a convincing victory as they struck three goals and maintained a clean sheet against FC Dordrecht. Stan Bridgman, Brad Lethbridge and Leon Maloney got the goals to help Pompey cruise to a great win.

It was a case of what could have been for Rochdale’s young guns as they saw two goals disallowed. An early opener was ruled out for offside and the visitors found themselves 2-0 down at half-time as Dale suffered in the heat. A third goal immediately after the restart killed the game off, although the tourists were unfortunate not to gain some reward for a battling performance as the offside flag denied them for a second time late on.

An unlikely source guided Sheffield United Under-18s to a terrific victory over German outfit Arminia Bielefeld, with defender Kyron Gordon the unlikely hero in front of goal after scoring a hat-trick of headers for the Blades.