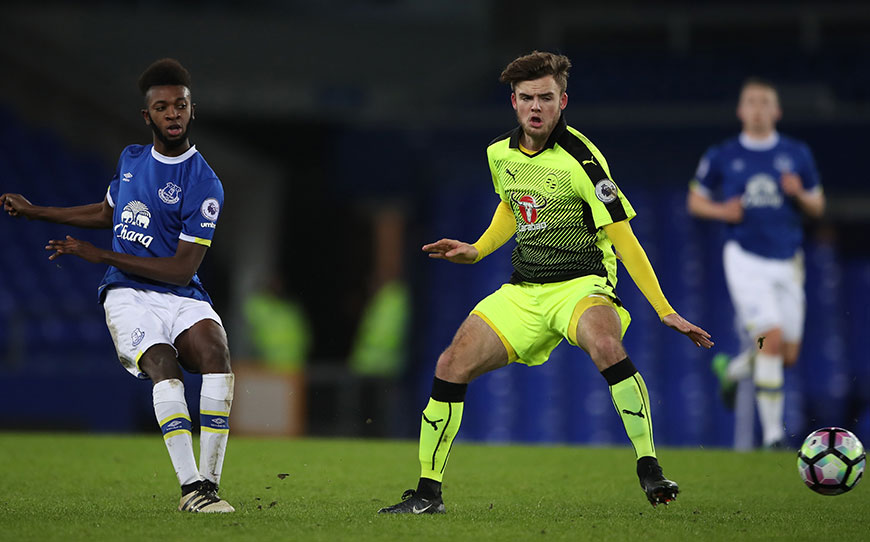 Reading have rewarded four of their current crop of apprentices with their first professional contract.

Tyler Frost (pictured), Ramarni Medford-Smith, Teddy Howe and Jordan Holsgrove have all agreed professional terms with the club after making the step up from David Dodds’ Under 18 side to feature in Martin Kuhl’s Under 23 side which competes in Premier League 2.

Medford-Smith, Howe and Frost also featured for the Under 23s in this season’s Checkatrade Trophy campaign.

Royals Academy manager Lee Herron has challenged the quartet to maintain their progress at the next level by working even harder.

“We’re delighted to get the commitment of these young players to sign as professionals from the Academy,” he said.

“There is still lots of work to do as always – when you get that pro deal, it’s about moving onwards and upwards.

“It is a really good achievement for each of them to be rewarded with a professional contract, and hopefully they can progress like many others have done to have an impact on our first team and beyond.”