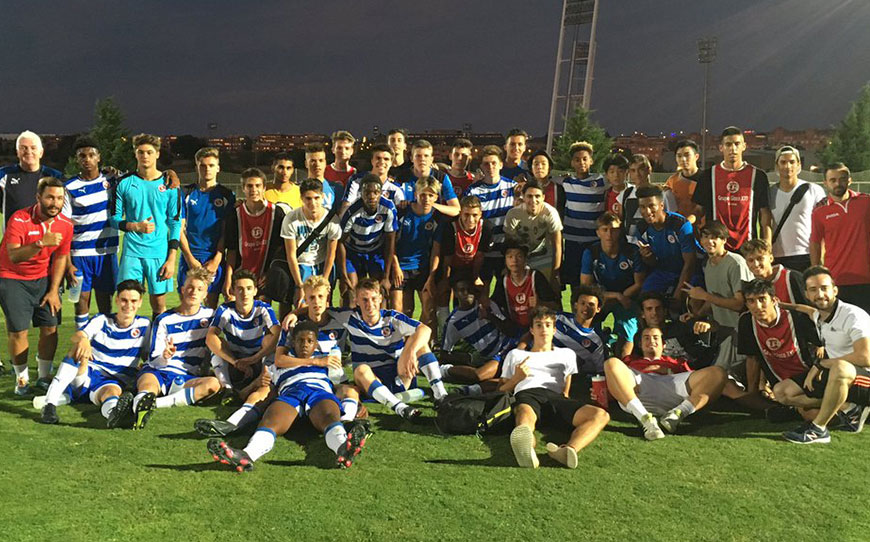 Reading Under-18s edged past AD Unión Adarve 1-0 in a close encounter to head home from their LFE trip in Spain with consecutive victories.

Having beaten Rayo Vallecano yesterday, the Royals rotated the team to bring in some fresh legs and utilised their squad to great effect as Kosta Sparta grabbed the winner with 10 minutes remaining.

Reading struggled to maintain any flow to their game due to the changes to the starting line-up, but were never in much danger of losing to their Spanish opponents.

Clear openings were hard to come by throughout, with neither keeper particularly tested during the majority of the game.

But despite the lack of chances, the level of play in possession was impressive and the tourists finally wore down the Spanish defence.

After 80 minutes of stalemate, a defensive error was pounced upon by Sparta, who held his composure to slot the ball low into the corner of the net to end Reading’s tour on a high.