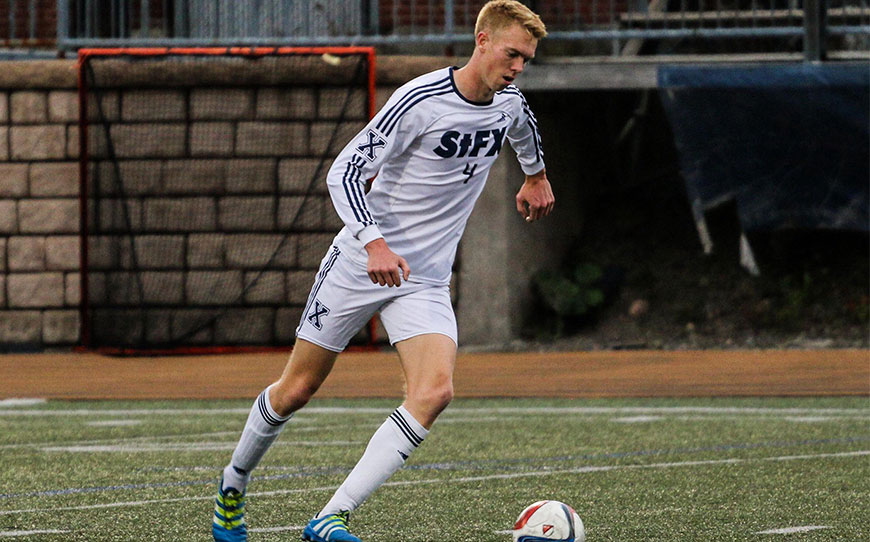 When Josh Read accepted the offer of a professional contract in the summer of 2015, a soccer scholarship across the North Atlantic Ocean would have been very low on the list of likely outcomes, if at all, for the former Exeter City apprentice.

However, having been released six months later, the 6ft 5in defender immediately recalled information he had received during his apprenticeship about playing and studying abroad and was soon embarking on an entirely new career path.

“I got offered a three-month deal at the end of my apprenticeship and then I got an extension of another three months before being released,” he told LFE.

“Before I signed my pro, I had many discussions with my parents about what else I can do. The opportunities available in America and Canada and even England, with going to University or playing in the lower leagues, were all an option.

“The fact that I was thinking about it before those six months as a pro then made my thought process a lot clearer once I was released and I had some sort of vision about where I could go next.”

Two years later, Read is thriving on and off the pitch in his new home in Nova Scotia, Canada, studying Human Kinetics at St Francis Xavier University, while also representing the soccer team, for whom he played a starring role to be named a First Team All-Star in the 2017 Atlantic University Sport League.

He said: “When the coach of St Francis Xavier came to Exeter in the first year of my apprenticeship, he talked to us and explained the situation that there was an opportunity to go and play in America or Canada and that was the first time it got brought to my attention really.

“It really opened my eyes to the opportunities and experiences that could go beyond England. The thing that attracted me the most was a whole new lifestyle and experience. For me, it was the unknown.

“I could play here in England and play part-time and still chase the dream and it was something that I did really want to do, but the fact that I could go and start fresh after what had been a disappointing situation in being released was what really tipped me towards moving abroad.”

The 21-year-old admits he initially felt uncertain about the prospect of adapting to life 2,750 miles from home, but now has ambitions to gain citizenship and remain in Canada following the completion of his degree.

Read added: “I’d never been to the country before, never seen the University, never met the people, I’d only met the coach when he came to Exeter, so it was a big step, but it’s something that you will never understand until you take the leap and do it.

“But the transition is just a natural process. You’re put in a situation where you have to just get on with it and all of a sudden you’re surrounded by amazing people and you never look back.

“I think for young players now they have the dream of being a footballer and there’s no other thought process, but if you can open up their eyes early enough that it’s not the be-all and end-all to play for the club that you’re at and there are hundreds of clubs all over the world that play football now, I think that’s only a good thing.”