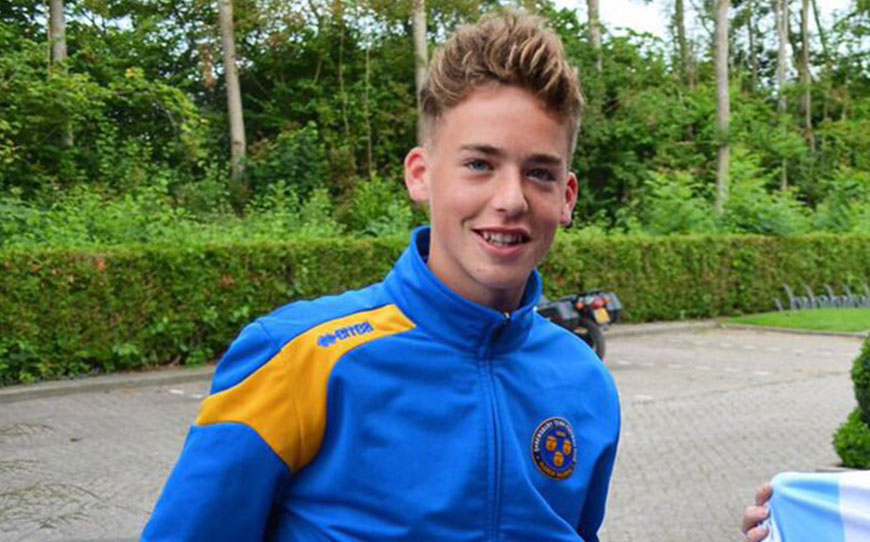 Shrewsbury Town have signed five academy graduates to their first professional contracts, all on one-year deals to stay with the club.

Defenders Ryan Sears and Callum Roberts, midfielders George Hughes and Chris Gallagher and forward John McAtee have all agreed deals with the Shrews having finished their apprenticeship.

“They are five good lads and I’m looking forward to seeing how they improve over the next couple of months in a different environment.

“It’s going to be difficult for them and I wouldn’t expect success too quickly if I’m being honest, but you never know. We will see how it goes and hopefully they can really prove themselves in that environment.”

McAtee will be most known to Town fans after being handed his senior debut as an 84th-minute substitute at Oxford on the final day of the 2016/17 season.

Sears was given a first-team squad number in December having featured off the bench against Stourbridge in pre-season.

Meanwhile, Gallagher made the cut after being recognised by both club and country this year, regularly training with the first-team, while also receiving selection for Northern Ireland Under-19s’ European Qualifiers.

In addition, Roberts and Hughes have been rewarded for impressive campaigns in the Under-18 and Reserve teams.

“It’s an unbelievable opportunity for them,” said Jones.

“From my point of view we just hope they take on the values they have learnt with us in the Academy – resilience, hard work, developing excellence and that pride in playing for Shrewsbury Town – and I’m sure they will go on and do well.”

The quintet follow in the footsteps of first-year scholar Ryan Barnett, who penned a two-and-a-half year professional deal in February.