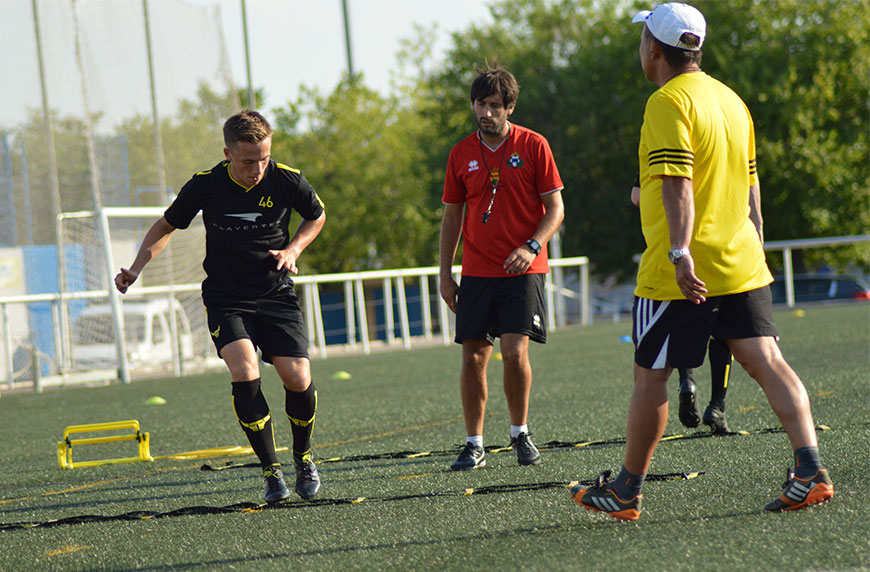 Academy players at AFC Wimbledon, Colchester United, Huddersfield Town and QPR will jet off to Spain on Sunday 30 July as part of a pre-season trip organised by League Football Education.

The select group of youth players will spend 12 days abroad until the trip’s conclusion on 11 August as they continue their pre-season preparations for the new season by taking on their peers from top Spanish clubs.

“The tour will provide us a fantastic opportunity to build on existing relationships with the players and to help develop the players as holistically as possible,” Colchester academy manager Jon De Souza told LFE. “Overall, we expect the tour to provide us with some fantastic learning experiences both on and off the field.

“The trip will allow the staff to get a lot of technical and tactical work done on the field, as well as set the standard for the values we are trying to create and install at the Academy.

“It will also help create a team bond and morale that can benefit the squad going into the season.”

The initiative – which is fully subsidised by the Erasmus+ fund to promote development and the exchange of ideas between coaches and players in both countries – will see Wimbledon and QPR travel to Madrid, hosted by AD Alcorcon and Rayo Vallecano, respectively. Meanwhile, Colchester and Huddersfield will be based with Sevilla and Real Betis.

“We try to provide our players with as much variety in their fixture programme as possible,” De Souza added. “However, the opportunity to play Spanish opposition will be something the majority of our players have not experienced.

“I would expect the game to be far more technical and tactical then they are used to and I’m sure the tempo will be more varied than the games we play against fellow English sides.”

Each club will experience training sessions led by Spanish coaches and they are scheduled to play three fixtures against Spanish clubs, including the likes of La Liga giants Real Madrid, Atletico Madrid and Sevilla.

De Souza continued: “As staff and players, we are looking forward to watching and working with the Spanish coaches.

“Naturally they will have different ideas and methods and we are looking forward to learning from these differences and hopefully coming away with some new ideas that we can implement into our coaching programme.”

The trip has also been designed to broaden personal and professional horizons via a range of cultural activities, such as language lessons, city and beach tours and stadium visits.

“For us, the biggest benefit of the trip is the time we get to spend with the players off the pitch,” said De Souza. “Our job is to develop better players, but to do this we believe you have to develop the players as people.

“The cultural activities will allow our players to gain many new experiences that will further develop them as people to excel not only in football but in everyday life.”