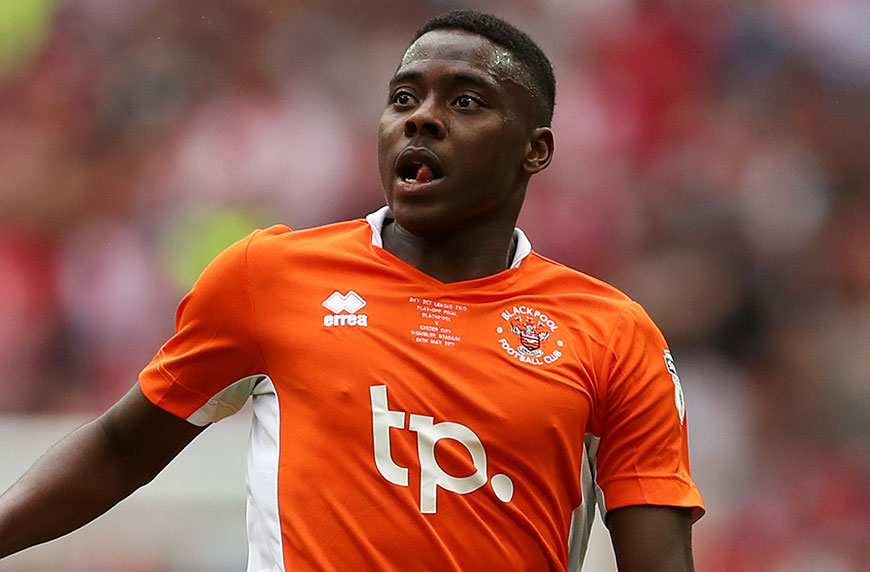 QPR have completed the purchase of Blackpool winger Bright Osayi-Samuel for an undisclosed fee on a three-year deal.

The 19-year-old made his first-team debut during the first year of his apprenticeship with the Seasiders in a 1-0 defeat to Sheffield Wednesday in March 2015 and amassed six appearances in the Championship.

Osayi-Samuel featured 26 times in League One the following season as Pool suffered back-to-back relegations before becoming an integral figure in Blackpool’s League Two promotion via the play-offs, appearing on 42 occasions in all competitions.

He told the R’s website: “I’m delighted to be here. I’m happy to get the deal done – and the hard work starts now for me. I just want to show my worth to this team and repay the club for bringing me here.

“Of course this is a step-up for me, but I am confident in my own ability and believe I can improve as a player here.

“Last season was a positive one for me. But this feels like the natural next step for me. I’m still young but this feel like the right time. I feel I’m ready.”

The highly-rated youngster, who was named on the shortlist for LFE’s League One Apprentice of the Year in 2016, leaves Bloomfield Road having scored five goals in 79 games for the club.

Hoops boss Ian Holloway said: “Excuse the pun, but he’s got a bright future and I’m delighted to have him here.

“A lot of people saw what he did with Blackpool last year, the potential he has and the ability he has, so it’s a great bit of business for us.

“It’s exciting to have a wide man who can create and score goals, and it’s brilliant to add him to the mix. He’s got exceptional pace, and he gives me the option to play with three up front, so I’m delighted.”