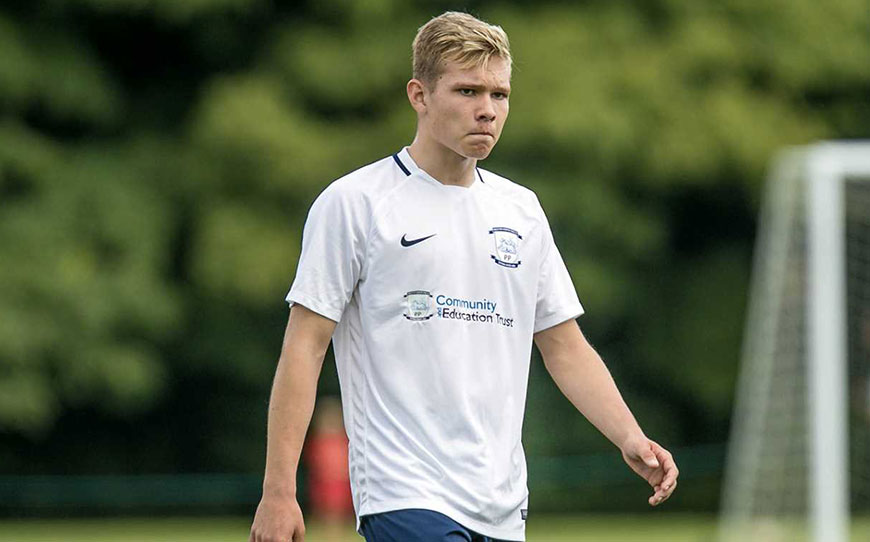 The 17-year-old has featured twice for the first-team, making his debut as a late substitute against Aston Villa in the Sky Bet Championship at the end of 2018 – becoming the club’s youngest ever player in a league game – before adding a second outing in the Carabao Cup at Bradford City in August.

“Signing a professional contract is a massive thing for me,” Walker told the club website. “Growing up through football, it is all I wanted to do – it is hard to believe it has happened.

“Doing it with my hometown club makes it ten times better. Growing up at school, everyone supported North End, so to sign my first contract with the club is a dream come true – it is amazing.

“Training with the Academy and then going up to train with the first team every now and then and then dropping back down is hard work, but you just get on with it.

“To know the coaches are pleased with how I am doing and how I play does give me confidence to do even better and to push to try and get into the first team more. It is not easy getting game time and getting your chance, but when you do, you just have to grasp it and do everything you can do to show you are comfortable playing at that level.

“It will take time, because the team are doing well and hopefully if I do start doing well in youth team football – when I am back playing and in the FA Youth Cup – that might push me to towards playing more games.”

Elsewhere, first-year professional Jack Baxter, who was named in LFE’s ‘The 11’ and featured in LFE’s Goal of the Season last term, has signed a contract extension with the Lilywhites – also agreeing to stay until the summer of 2022.

“It is good that the manager has put his faith in me and it is now my turn to repay him and start showing results, breaking into the team and making an impact,” he said.

“It is a different environment – a higher level – but it is a good team to come into, with a lot of good players, people you can learn from and it is good group to be in, especially with where they are in the league and the sort of football they play.”