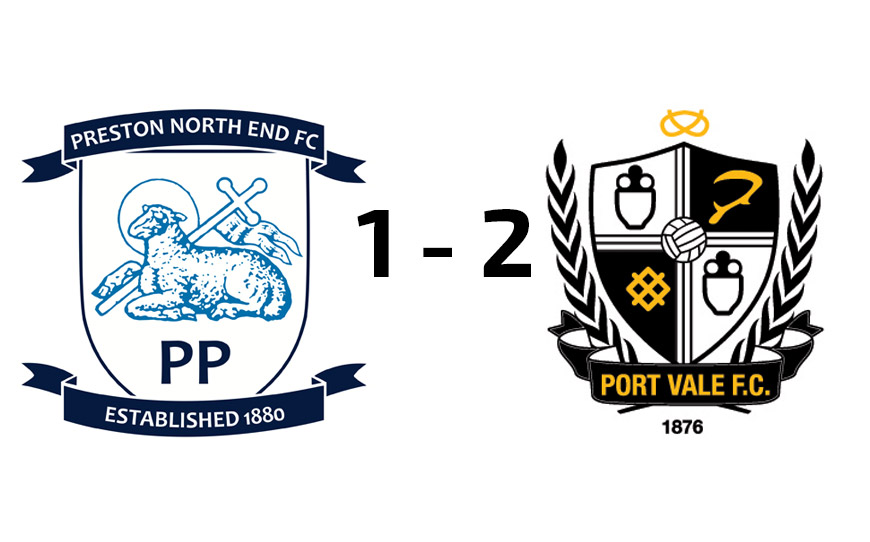 By Matthew Brown: Port Vale Under-18s continued their fine start to the season in the North West Youth Alliance with a 2-1 victory at Preston North End on Saturday.

The visitors played good football throughout the first period with Brian Barton and James Steele scoring the goals that ultimately left Preston with too much to do after the break.

After a tight opening Vale went ahead when Liam Mattram escaped down the wing and crossed for Barton to net in the 17th minute.

Preston defender Akwasi Kwateng was booked for a challenge on Vale’s Mike Calveley and Barton shot right across goal from a good position midway through the first half.

North End keeper Callum Roberts was kept busy and produced a competent display but even he was unable to prevent Vale from doubling their advantage in the 42nd minute. Charlie Walford crossed low from the left and Barton touched his delivery on to James Steele, who tapped in at the far post for Port Vale’s second.

Barton was denied by Roberts from close range only seconds after as the visitors finished the half ahead, but North End came out much stronger after the break and pulled a goal back almost immediately.

Tom Barry got the goal for the home side, as the striker pickpocketed a Port Vale defender on the left side of the box before finishing low into the bottom right corner.

Leon Creech and Dylan Davidson both went close as they got on the end of left wing crosses in the next few minutes, while Vale were denied a penalty at the other end despite their appeals. Jack Burgoyne tussled with Barton but took the ball fairly as the away side’s striker went down and was booked by the referee.

Barton was then denied again as he tried to round Roberts in the PNE goal, but the keeper saved at his feet.
Myles Mason and Harry Garstang both threatened to make a difference from the bench for the home side as they had shots blocked from close range soon after coming on, whilst Lewis Fensome also went close when he hit the side netting from a tight angle.

Burgoyne headed wide from a corner two minutes from time as Preston pressed for a leveller but Vale stayed resolute to ensure all three points went back to the Potteries with them.

“We knew it was going to be a difficult game – it always is against Preston – but we’re playing well at the moment. We’ve got players scoring goals from the front and midfield, so we’re full of confidence,” he said.

“In the first half we just shaded the game and could have gone ahead a bit earlier. We deserved to be ahead at the break. They opened us up at times in the second half and they might feel a little hard done by, so I’m glad we got our work done in the first half.

“We lost our discipline and shape in the second half and gave the ball away too easily. We won ugly in the second half, though, and that’s still an important thing to do at times. I think we edged it, but there wasn’t much in it.”

North End’s academy boss Nick Harrison, was critical of his team’s cutting edge on a disappointing day:
“In the second half we started really brightly and got a goal back, which was brilliant, but after that we didn’t really penetrate or try to hurt them enough,” Harrison said.

“We had lots of possession throughout the second half without hurting them with it, and we didn’t do anything well enough in the final third to open them up and create any chances.