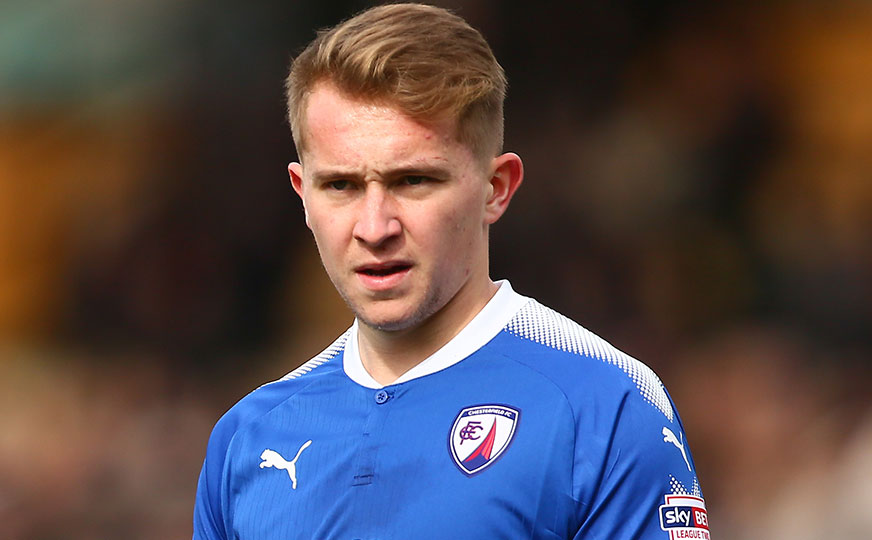 The 20-year-old was a shining light in a testing year for Chesterfield in Sky Bet League Two, with the midfielder appearing 47 times in all competitions for the Spireites during a season-long loan spell.

Reed was a star apprentice with the Blades, impressing both on and off the pitch. He became the club’s youngest player in a league match as a 16-year-old in April 2014, while also working diligently to complete his college work and gain a Level 2 coaching qualification, as well as participating in many community events on behalf of the Blades.

This led to the England Under-20 international receiving recognition in LFE’s ‘The 11’ in October 2014 before being nominated for 2015 LFE League One Apprentice of the Year.

Reed featured on 59 occasions for United as a teenager, but found his opportunities limited to just one Checkatrade Trophy outing in the 2016-17 campaign and after a solid season in the fourth tier of English football, he has now made the switch Sky Bet League One promotion hopefuls Posh.

“I’m delighted to get it over the line and I can’t wait to get started,” he told the club website. “I hope to bring goals and assists to the team. I like to be creative in the final third and also help out defensively.”

Peterborough boss Steve Evans said: “Louis is another excellent addition to the group. He is a young man that I have looked at for three or four years now since he was a kid at Sheffield United.

“He made his debut as the youngest ever player to represent Sheffield United against Rotherham United, when I was in charge and it’s fair to say that he had a special debut, which led to Nigel Clough playing him in a lot of games in the following two seasons.

“As they’ve progressed under Chris Wilder, they’ve gone for more experience and Louis has paid the price. He’s got a huge future and we are delighted to be the team that has been successful in getting him in, considering how many teams in League One were keen to take him.

“He is a good communicator on the pitch. He has fantastic ability, positive in his play and he wants to be successful. He could have taken the easy option and stayed to wait for a chance at Sheffield United, but he wanted to get out and play, as demonstrated by going to Chesterfield last season, but even as good as Louis was he couldn’t keep them up, but he is a definite talent.”