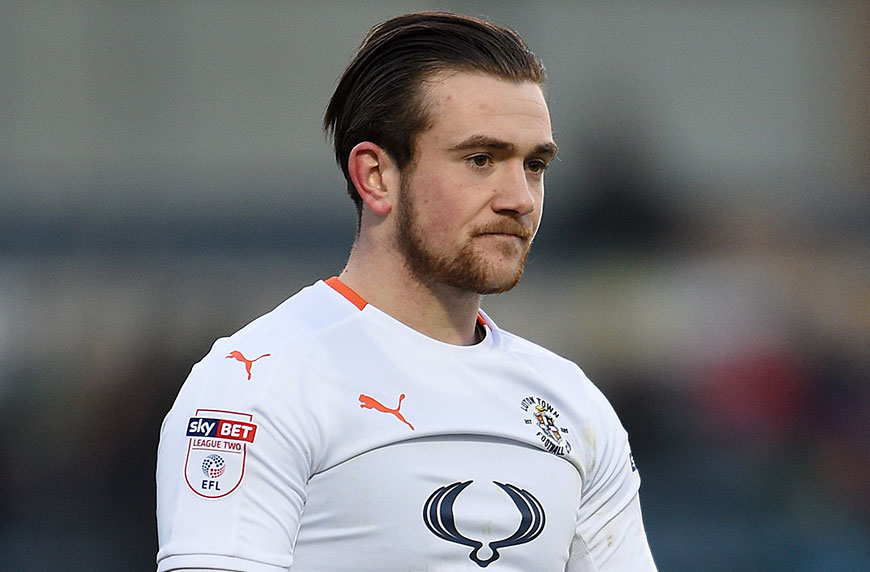 Peterborough United have secured the services of Luton Town striker Jack Marriott for an undisclosed fee, penning a four-year contract.

The former Ipswich Town apprentice netted 28 times in 91 appearances for the Hatters and heavily contributed to the team’s play-off push last season.

The 22-year-old featured three times in total for Ipswich, earning his senior bow against Burnley in May 2013, but was allowed to leave two years later after loan spells with Woking, Gillingham, Carlisle and Colchester.

“I am delighted to be here,” Marriott told the club website. “When I spoke to the manager and learned about his ambitions and how he likes to run things, it seemed like the right move and hopefully I can fit in well.

“I am just excited to get started. I have seen how good the facilities are both at the stadium and at the training ground and the hard work starts now.

“It was a fairly easy decision for me to make the move. I am still only 22, I have got a lot room for development and hopefully I can hit the ground running.

“I want to bring goals to the club, as a striker that is what it is all about, but I want to help the team in the best way that I can.”

Manager Grant McCann added: “It is good to have Jack on board and I am really pleased to be honest. I think he brings something different to what we have got.

“He is like a young Craig Mackail-Smith in terms of his energy and his pace to run in behind and it is perhaps something that we have missed.

“I believe it is a good coup for us because there were a couple of Championship clubs in for him. Ever since I started talking with him, he wanted to come and join us and credit to the boy for that.

“I think everyone at the club deserves a lot of credit for getting this deal done. I am looking forward to working with him.”

The former Watford apprentice has made just 14 appearances for Reading since leaving the Hornets in 2015, but boasts plenty of first-team experience having spent periods out on loan at Brackley Town, Forest Green Rovers, Dagenham & Redbridge, Bury and Gillingham.

Bond was an England Under-21 international during his time at Vicarage Road, where he played 33 times in all competitions following his debut as a late substitute during a 2-0 defeat to Portsmouth in January 2012.

Bond said: “I spoke to the manager Grant McCann and he was very positive about the future and I am pleased to be here. I am looking forward to getting started.

“I know Mark Tyler, we were actually together for a short period of time at Watford and he has a lot of football league experience under his belt.

“I like to play out from the back, goalkeeping is always evolving, but I have always had that within my game.”

Goalkeeping Coach Mark Tyler added: “Jonathan was top of our list, he has played in the Championship with Watford and is a good young talent.

“I was at Watford when he was there and you could tell at 17-18-years-old he was going to be an excellent goalkeeper and it is great that Reading have allowed him to join us.