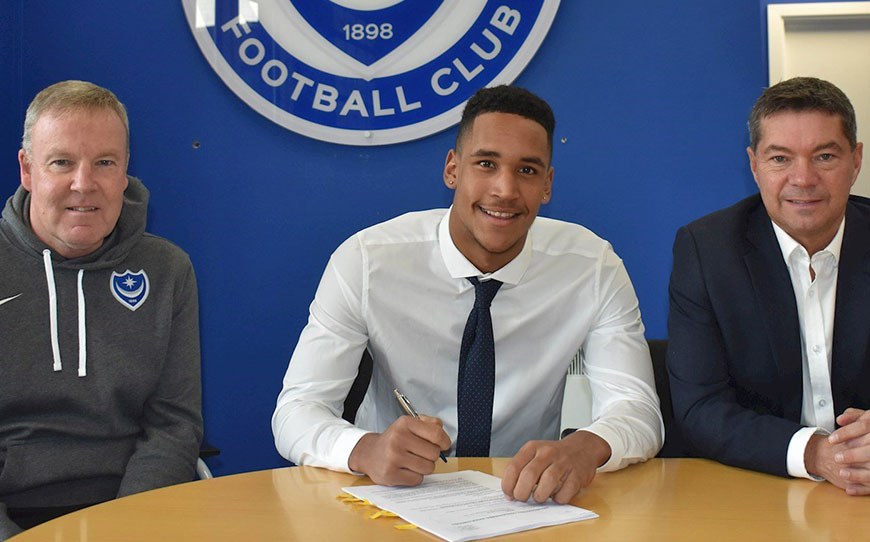 Defender Haji Mnoga has signed his first professional contract, penning an 18-month deal with Portsmouth, who hold an option to extend the deal for a further year.

The 17-year-old has represented England at Under-17 level and appeared three times for Pompey’s first team in the EFL Trophy last season, although a foot injury has prevented him from adding to that tally this term.

“I’m over the moon,” Mnoga told the club website. “Every boy dreams of getting a professional contract with their hometown club. It’s an early Christmas present for me.

“I like getting forward from right-back, although I can also play in the centre. I always get stuck in and work my socks off.”

Academy manager Mark Kelly said: “It’s very good news for Haji. He’s been part of the club for a long time and it’s a proud occasion for him and his family.

“There’s a lot of developing for him to do now, so he needs to get his head down and keep working hard to push on.

“Haji’s a local boy and now he’ll be looking to mature and find consistent performances, so he can make the next step. He’s a strong and tenacious boy. He’ll get up and down the pitch and is very physical, while he can use the ball well.”

Pompey boss Kenny Jackett added: “The challenge for him now is to try to push into the team and he’s shown plenty of promise so far.

“He’s a powerful lad and has plenty of pace – he’s got a lot of qualities and I’m sure he’ll get opportunities for us.”