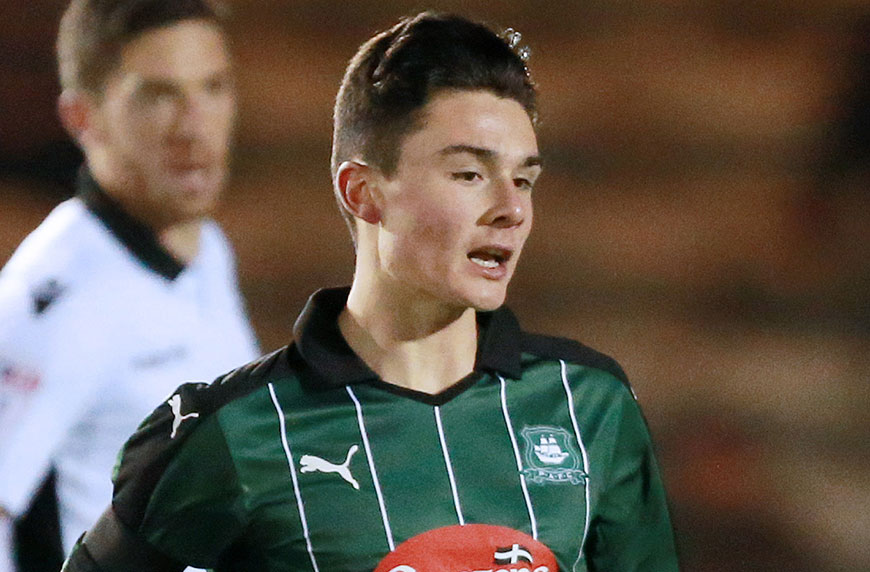 Plymouth Argyle have kept hold of former apprentice Alex Fletcher after he signed his professional contract to follow in the footsteps of defenders Jordan Bentley and Callum Rose.

The talented striker was prolific in the Under-18 team and hit four against Cheltenham in an FA Youth Cup fixture.

The 18-year-old’s impressive displays earned him a call up to the first-team and he was handed a senior debut against Newport County in the FA Cup in December, before making the bench for the third-round replay against Liverpool.

Fletcher, who was featured in LFE’s ‘The 11’ in December, was also shortlisted for LFE League Two Apprentice of the Year, losing out on the award to Leyton Orient’s Myles Judd.

In addition, The Pilgrims have secured the services of Aaron Taylor and Northern Ireland Under-19 international Dan Rooney, who have both accepted professional development contract offers, which will see them appear for the club’s South West Peninsula League side.