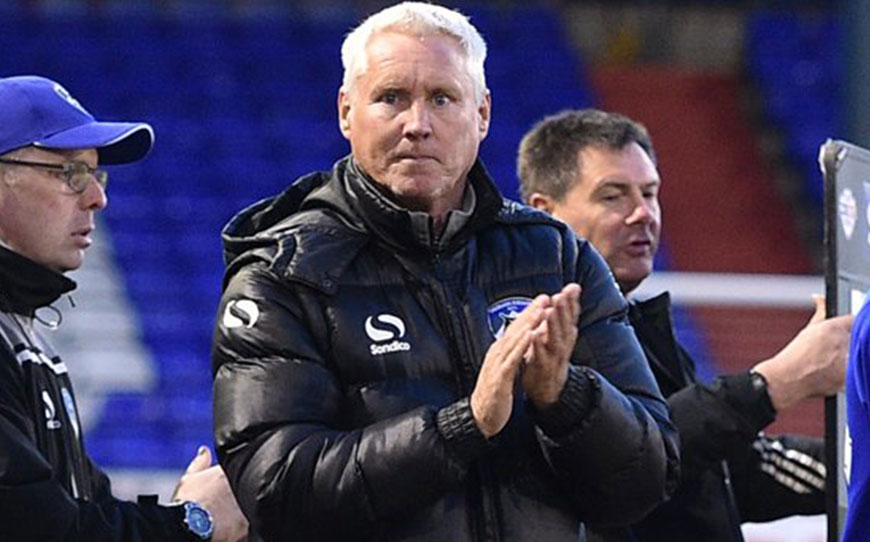 By Joe Harris Oldham Athletic Under-18s manager Tony Philliskirk praised the younger members of his squad after the Latics saw off Doncaster Rovers despite fielding a depleted team.

Athletic were without six regular starters, meaning Philliskirk was forced into relying on Under-16 players Andy Hackett, Olly Holt and Jack Grundy as they contributed to a 2-0 victory that lifted them to second in the EFL Youth Alliance North East division.

He told LFE: “We’ve got players out on loan in non-league and we’ve picked up three or four injuries in the last couple of weeks, so it’s great that we can call on the 16-year-olds.

“I thought they were brilliant today. Andy (Hackett) definitely made an impact when he came on and I thought they all fitted in well.”

In addition to the newcomers, a handful of the existing players were forced into a re-shuffle to cover for the absentees, with central midfielder Chinedu Uche excelling as a striker, while Captain Tom Hamer filled a void in the centre of the defence.

Philliskirk highlighted the positive work being done at the lower age groups as the Latics battle for players against a considerable number of bigger clubs within the area.

“It’s very difficult in terms of bringing academy players in, you know there are 16 to 18 clubs in an hour radius of us, so it’s difficult,” he said.

“But we recruit a lot from the academy, they know the way we are and the way we play and the three of them fitted in well today.”

Makeshift forward Uche set Oldham on their way with the opening goal inside 20 minutes, while an own goal from Brandon Horton gifted the Latics their fourth successive league win.

They will be aiming to extend their good form when they host strugglers Hartlepool United this weekend, while Doncaster are in search of their first victory of the season against Chesterfield.