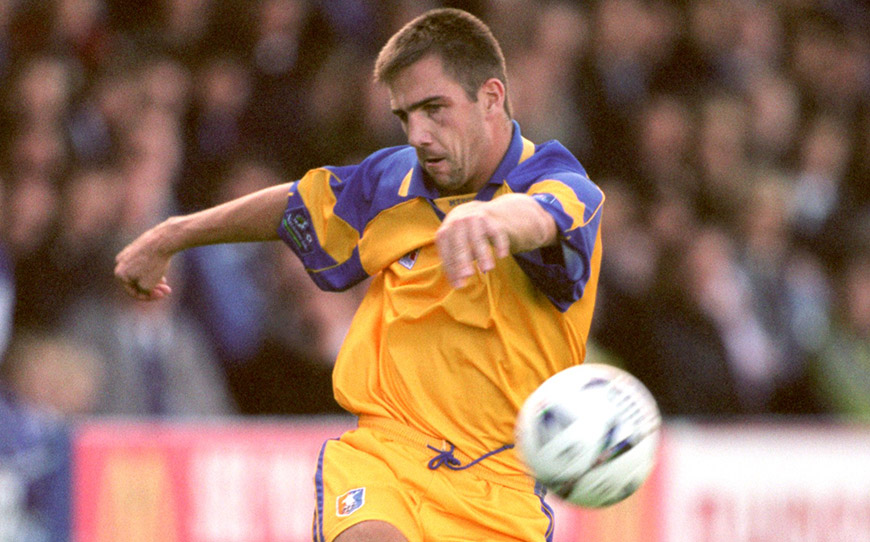 Peters, (pictured in his playing days right) played for the Stags between 1994 – 1999 and will work alongside academy boss John Dempster in the new youth set-up.

Peters said: “We’ve just been granted the EPPP licence from the Football Association so my role will be delivering the coaching (and taking) the philosophy of the club from the first team right the way down to the U9s.

“It was a full in-depth process. I’ve then gone home and written that up into what will be the philosophy of the club and it’s a very thought out process. It’s very measured and if everyone buys into it then it’s a key to success at the club.

“Everything we do will be as professional as possible to give them the best chance of breaking through to the first team.”