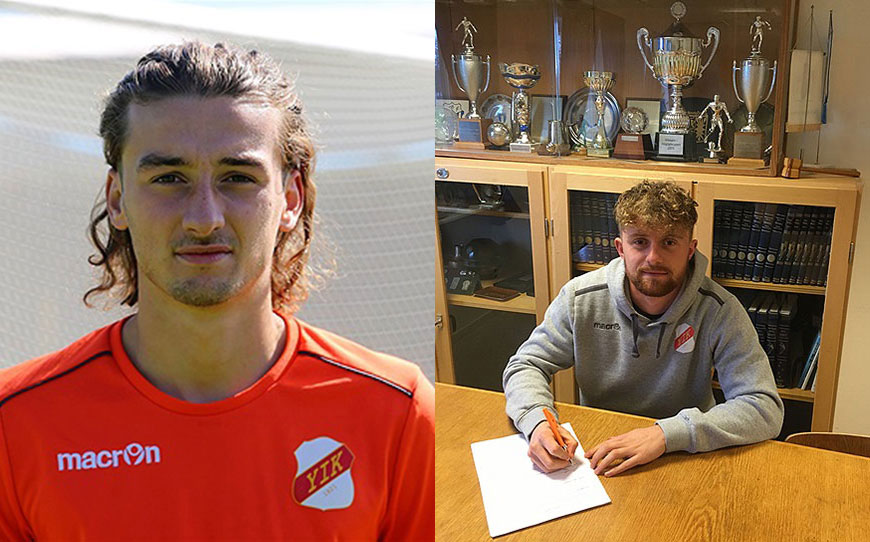 Alex McMillan (formerly of Grimsby Town) and Sam Alderson (formerly of Leyton Orient) will both return to Scandinavia in 2019 after contributing to the team’s impressive third-placed finish in Sweden’s fourth tier this campaign.

Alderson was one of three released apprentices to head out to the Division 2 club on the initial 12-week placement in February, alongside Jake Croft (formerly of Leeds United) and Juma Omar (formerly of Milton Keynes Dons).

The latter moved on to division rivals Eskilstuna City, while Croft stayed for the remainder of the season, with defender McMillan joining in August as part of the second cohort of players to be sent on the scheme during the 2018 season.

Manager Adrian Costello said: “Sam impressed the management, board and supporters, so was asked to stay for the remainder of the 2018 season. Sam now has signed a contract keeping him at YIK until the end of the 2019 season. I am delighted that Sam is staying, everyone will remember the threat he gives us in and around the 18 yard box.

“Alex wants to develop, his attitude to training and his desire to do extra training to get better technically is what impressed me about the young lad.”

Elsewhere, former Barnet apprentice Moses Duckrell is a new signing for the club after catching the eye at Friska Viljor, who finished five points and four positions adrift of Ytterhogdals in the Division 2 table.

Duckrell took part in LFE’s Player Placement programme back in 2015 at BK Sport and earned a move to Livingston in the Scottish Championship before returning to Sweden with Gottne IF and Pitea IF.

Costello added: “This is a great signing for YIK. Having another goal threat and another player with genuine pace is what we need.”