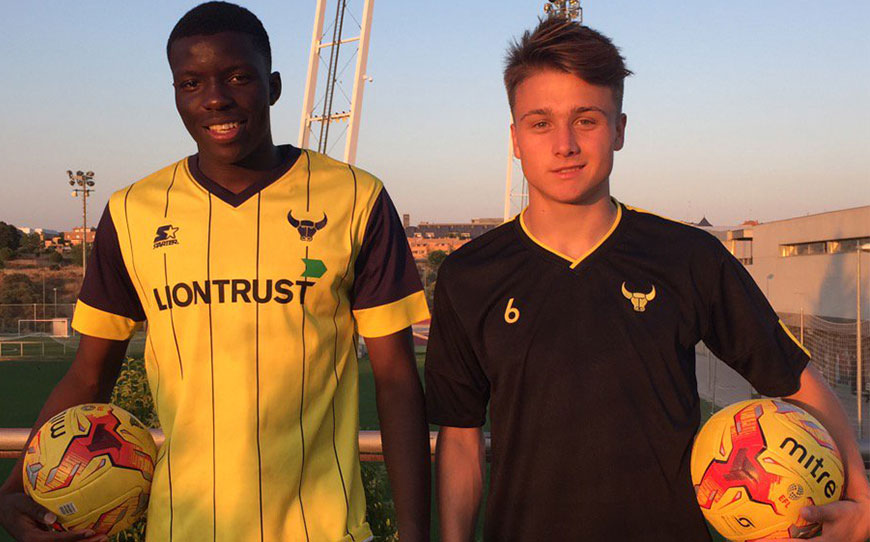 The hosts came from behind twice after goals from Danny Carr and Dejon Noel-Williams, but Jordan Graham provided the winner late in the second half for the U’s.

“We always want to win games of football, even more so when it’s against an international side, so we were pleased overall with the game,” said coach Leon Blackmore-Such.

“The lads had a lot of training last week, so we had time to nail down our tactics. From the games we’ve had, the players have grasped a lot of it, which is pleasing.

“We’ve got a good basis to work from and continue from here. They’re learning about each other and learning a lot about themselves, so the group dynamic seems to be really strong from the trip so far.”

Oxford came flying out of the blocks and opened the scoring inside five minutes when full-back Carr’s cross from deep evaded everyone and looped over the head of keeper Sergio Sánchez and into the top corner of the net.

But the touring team were pegged back just 10 minutes later after conceding a contentious penalty, which was calmly converted, sending Oxford stopper Manny Agboola the wrong way.

United responded well and regained their advantage five minutes before half-time when Charley Tuttle squared the ball from the left flank into striker Noel-Williams, whose first-time effort rifled past Sánchez in the Leganés goal.

The home club changed their whole line-up for the second half and the fresh legs showed immediately after the break when Agboola could only parry a free-kick straight into the path of a Leganés player, who tapped home the rebound to restore parity.

As the game threatened to peter out into stalemate, Albie Hopkins ran down the left wing and cut the ball back to Graham, who placed a first-time shot from the edge of the area into the top corner via the crossbar to secure victory 15 minutes from time for the Oxford youngsters.

“It was quite a feisty and fiery game, so we did well to come out with the win,” captain Canice Carroll said. “The Spanish sides are very good on the ball technically and their movement is unbelievable.

“They trust all their players on the ball and they can give it to them under pressure, which I think is something that doesn’t always happen in England.

“We need to build on winning games and creating a winning mentality for the season ahead and this has been a great start towards doing that, with lots of positives to look forward to.”