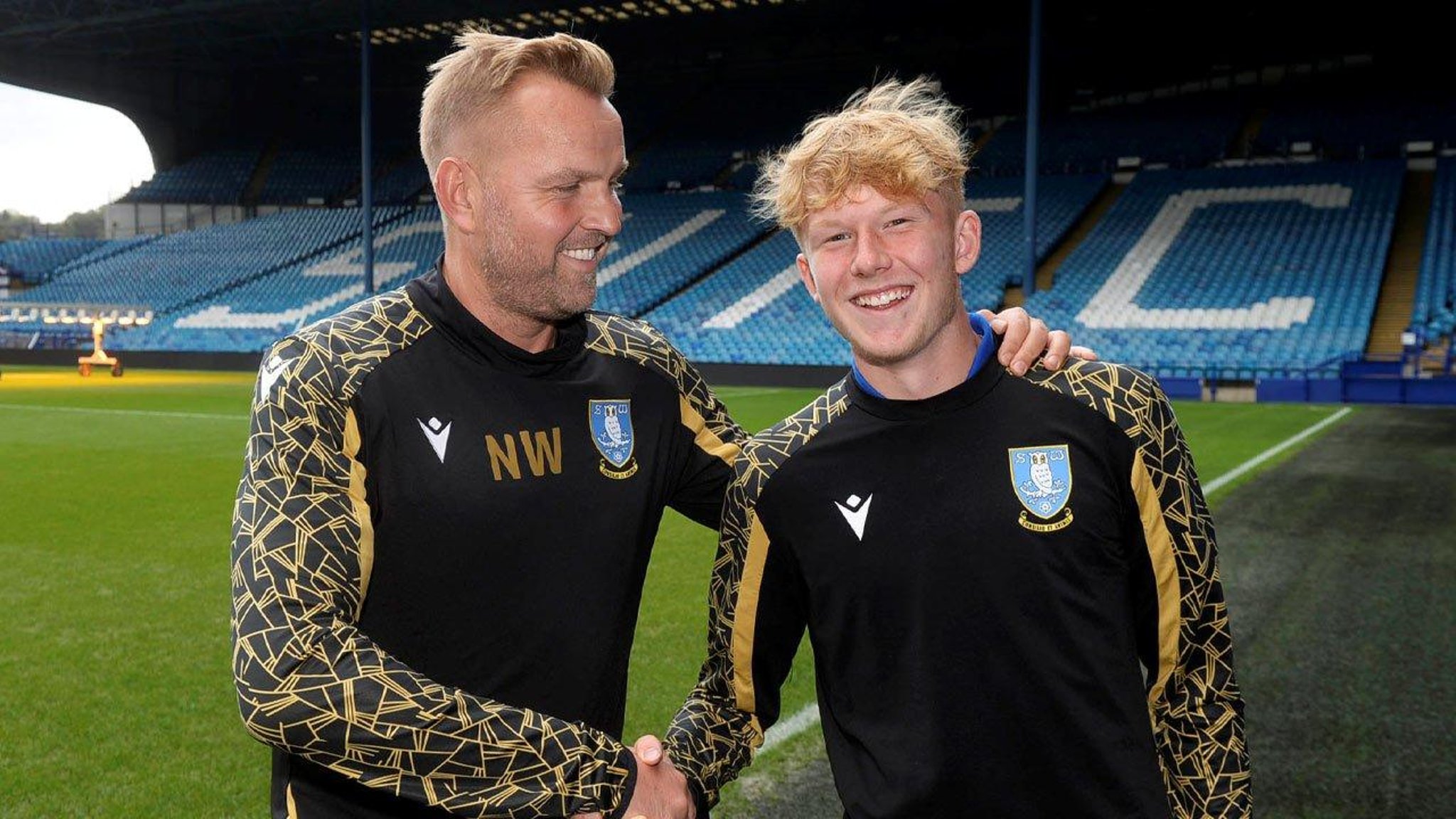 Sheffield Wednesday academy goalkeeper Jack Hall has penned his first professional contract with the League One outfit, capping off a remarkable week for the stopper who made his England Under-18 debut against Russia last Monday.

The promising youngster has risen all the way through the Owls academy system and has established himself as a regular trainer with Darren Moore’s first team squad. Despite being just 17, Hall has made the step up to Lee Bullen’s Under-23 side this season, impressing the coaching staff enough to earn himself a pro deal.

After committing his future to the Owls, Hall told the club website: “You can’t explain it. I’m speechless. It’s been a dream forever. I used to be a ball boy, I’ve come all the way through, been here since I was six or seven and it’s unreal.

“I’m training with the first team and it’s been a massive step up – some shots can pass you before you’ve even seen them – but it’s just about adapting to it, getting up to speed. I’m still growing, still learning and trying to get better every day.

“My mum is a Wednesday fan. My grandad is a massive Wednesday fan too and used to take my mum and her two sisters.

“It has been a great month for me and it shows dreams can come true.”

“He’s been exposed to the finishing powers of a [Lee] Gregory, a [Saido] Berahino, a [Callum] Paterson and one thing that he’s illustrated to us is – the shots and the precision of each striker – for somebody of that age to be training with the first-team shows you what the team think of him and long may his development continue.