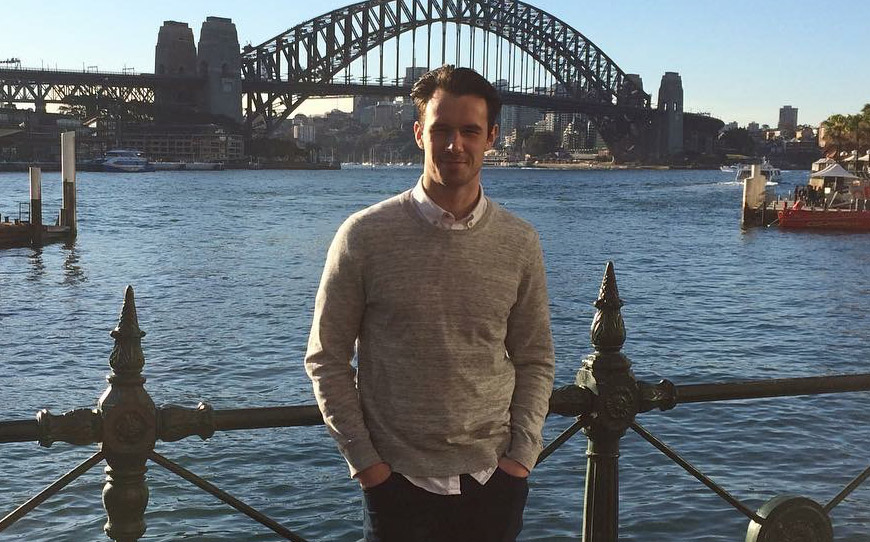 My tale is probably typical of many apprentices. I was a local lad, who joined Bradford when I was 7 working my way through the junior age groups and finally earning an apprenticeship at 16. There were dramatic changes to the club during that period, when I first went there, it was in the Premier League and buzzing. The first-team included the likes of Dan Petrescu, Stan Collymore, Benito Carbone and Dave Wetherall – who became my youth team coach – all were top players.

By the end of my time at Valley Parade, the club was in League Two. That said, I enjoyed it particularly the switch to full-time training after leaving school, working with Dave, seeing and training with the Professionals at the club on a day-to-day basis.

I was made captain of the youth team in the second year of my apprenticeship. Was I close to being offered a professional deal? Maybe. Would I have got one in better times for the club? It’s hard to say but I was told I wasn’t far away.

Yet like many of my teammates it was a fine line and I was the wrong side of it. Suddenly I had to explore other opportunities and understand what qualities I had that would be attractive to others. Why hadn’t I given this more consideration earlier? It would’ve helped massively.

I was fortunate though, Pat Lally at The Professional Footballers’ Association (who also has a role at LFE) and other staff at LFE and Bradford were on hand to advise and support me.

The academic work I’d done through my time at Bradford and the skills I’d developed as a footballer, and not just technical things you see on a pitch, but other talents, were also attractive to others.

All of a sudden I was off to the University of Bath. Bath with its fantastic academic reputation, on a deal that was even sweeter, as I saw it because they provided a football training programme and matches at a semi-pro level alongside study.

What an opportunity then. It was also a chance for me to develop as a person. I was living away from home for the first time and facing new demands, things like cooking, cleaning, ironing, managing my money, all new challenges that gave me greater independence.

I was still playing football, captaining the side to win the British National Universities Championship but had done so much more before I graduated.

The world’s a big place and I fancied a change. So it was off to California to travel up and down the west coast of the USA. The 450-mile stretch of Pacifi Coast Highway between San Francisco and Los Angeles is one of America’s most iconic road trips.

Get the windows down or better still drive a convertible and you can feel the breeze bellow straight into your face, it’s a perfect-postcard panorama with amazing stop- off spots at places like Monterey or Pismo Beach.

Returning to the UK I joined LFE in a role that enabled me to pass on my experience and knowledge to apprentices after being in the same situation years earlier. It was rewarding, however, I was also practising what I preached to many of those players.

I didn’t want to stop learning or developing my skills, so I also took on a master’s in Sports Business, which has come in more than useful.

Australia was appealing. It’s popular with lots of young people from the UK and I was no exception- attracted by a different lifestyle and new travelling and employment opportunities. I boarded a flight from Manchester and spent two months travelling South East Asia along the way!

My plan was admittedly vague but I knew that I could find temporary work and play football in the sun. Melbourne, my chosen destination,has lived up to expectations. It’s modern, thriving and cosmopolitan. I’m also a stone’s throw from the beach.

Football has continued, I was made captain of Banyule City and alongside fi other former apprentices, like me, from England, I helped the club get promoted to the The Victorian State League Division 1 in my fi season (the fourth tier, over here).

More importantly though, I’ve been sponsored to stay in the country permanently and work in recruitment at Infront Sports.My clients include the Australian PFA, the Australian Cricketers’ Association and other sports associations. Am I happy? Very!

In terms of what’s next, I’ve absolutely no idea. I intend to stay here for the foreseeable future. My job is engaging, football is good, rates of pay seem higher and the weather and lifestyle are a huge plus. It’s been a journey full of options and opportunities that I’d encourage others to explore.