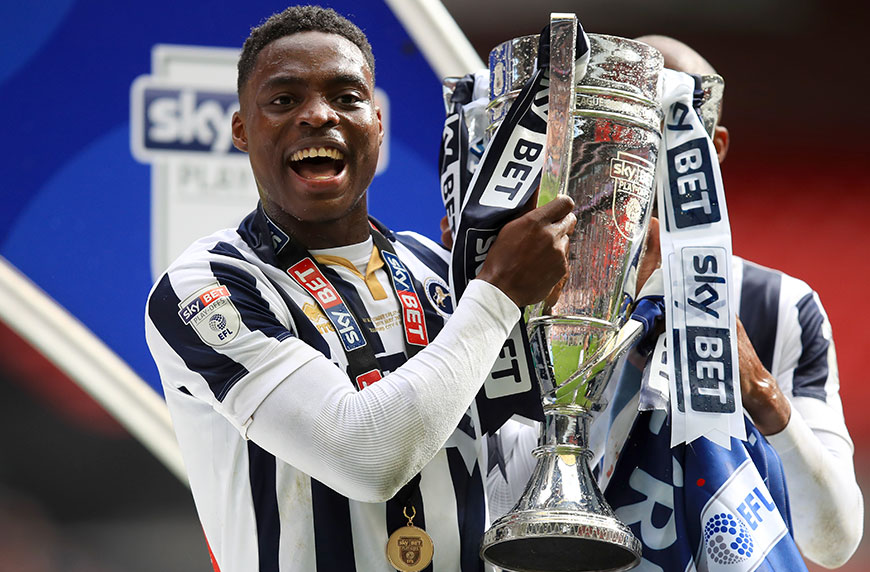 Millwall midfielder Fred Onyedinma has agreed a new three-year contract with the club to end speculation over his future after his previous deal had recently expired.

The 20-year-old, who was nominated for LFE’s Championship Apprentice of the Year award in 2015, has made 106 appearances for the Lions and was almost ever-present during last season’s campaign, where the team secured promotion back to the Championship via the play-offs.

“Naturally I’m very pleased to have concluded this deal,” Manager Neil Harris told the club website. “It’s no secret that it has taken time.

“I’ve always been relaxed about it because Fred has reiterated throughout how happy he is at Millwall and how keen he is to stay.

“He is a boy with huge potential. Fred has improved immensely over the last 12 months and has a bright future in football. It’s important to remember he is still only 20.

“This is another piece of the jigsaw complete as we prepare for the new season.”

Onyedinma earned a senior debut while he was still an apprentice at The Den, featuring in an FA Cup defeat to Southend in January 2014, before enjoying a successful period on loan with Wycombe Wanderers in the 2014/15 season, scoring eight times in 27 games.

Although most of his experience has come in League One, Onyedinma appeared on six occasions during Millwall’s last spell in England’s second tier.

He said: “I love playing for this club and am delighted to have signed a new deal here.

“The manager has always been great with me, right back to when he gave me my debut against Southend, and I’m looking forward to improving under him further in the coming years.

“Now my focus is on continuing to work hard during pre-season so I can play as big a role as possible in the Championship for Millwall.”

Right-back Danny McNamara, winger Lewis White and striker Noel Leighton, who wrote blogs for LFE during the youth team’s Dutch tour in 2015, have all signed one-year deals with the option of a further 12 months.