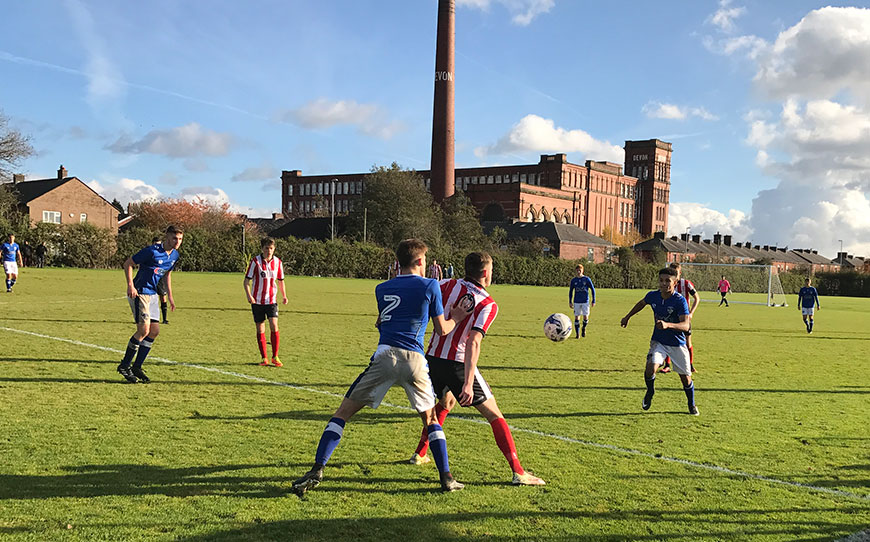 The visitors dominated early possession but were unable to break down the home defence allowing Oldham to gather a foothold and create the first meaningful chance when Ned Dry hit deep cross from the left towards Francois Antoine, but the winger headed wide.

The breakthrough came in the 19th minute as the ball reached Dry again on the left wing and he delivered a cross to the near post, with Max Norman flicking a header towards goal, forcing a wonderful save from Red Imps stopper Michael Antkowiak, only for the rebound to fall straight to Scholes-Beard, who converted from close range.
.
Dry continued to be a major threat out wide and he found Norman again with a low cross that the striker fired over the bar from six yards out.

Latics Academy Manager Tony Philliskirk switched to a 3-5-2 formation at half-time but it changed little about the flow of the game as Lincoln again looked good in possession while the hosts maintained their threat on the counter.

The league leaders should have been out of sight when Scholes-Beard cleared a corner to start a break forward, with Norman holding the ball up well before offloading it to Declan Baldwin down the right flank.

The first-year apprentice landed a cross onto the head of Latics top scorer Chinedu Uche, but his effort struck the woodwork and bounced wide.

The visitors matched Oldham’s three at the back system late on and fashioned a wonderful chance to level the scores with 10 minutes remaining. Captain Luke White sent the ball into the six-yard box but agonisingly missed the head of Jacob Fenton.

Philliskirk was relieved his side was able to hold on after missing numerous opportunities to allow for a more comfortable conclusion to the action. He told LFE: “That’s been the story of our season really if I’m being brutally honest.

“We’ve played so many games over the season where we don’t score when we’re on top and soon it will come back to bite us.”

Meanwhile, Lincoln coach Nick Green said: “Obviously, I’m disappointed. Today was a good chance to come here with a game in hand and impose ourselves at the top of the table.”

Oldham’s seventh league victory in eight games stretches their margin at the top to four points after nearest challengers Rotherham United drew with Doncaster Rovers, while Lincoln remain third despite a run of four matches without a win in all competitions.