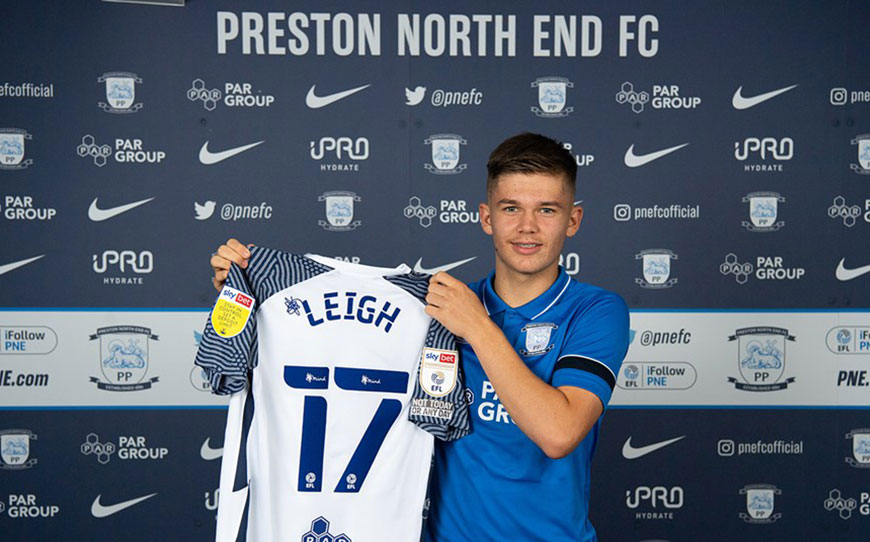 Preston North End have handed a professional deal to Lewis Leigh, who agreed a deal to keep him at Deepdale until 2024.

The 17-year-old joined as an Under-14 and, having progressed through the ranks, has spent the last few months with the first team, featuring heavily in pre-season.

“I’m over the moon,” Lewis told the club website. “Obviously, it’s a proud moment for me and my family. I’ve worked hard since I started playing football when I was very young, so I’m buzzing with it.

“It’s been a long time coming. It’s my hometown club as well, so I’m over the moon with it. I’m buzzing. I’m thankful for it as well. It’s a huge show of faith from Frankie (McAvoy) so I’m happy.”

Head coach Frankie McAvoy added: “I’m delighted he’s committed his future to the club. He’s a Preston boy and I’ve been delighted with his progress so far.

“The most important thing is we need to make sure that young players have an opportunity and a chance to develop, that they become part of our squad, then we try and tie them up as early as we can.

“Lewis is one of them; he’s done really well. We’ve involved him throughout pre-season and I’m just delighted that he’s managed to stay here and he’s got a big future, and hopefully that big future is with Preston North End.”