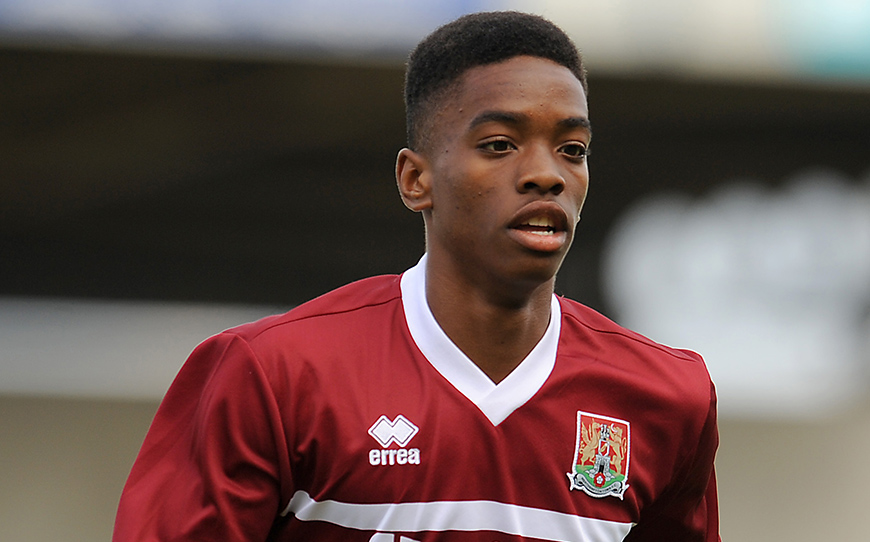 Newcastle United have completed the signing of Northampton Town striker Ivan Toney for an undisclosed fee which is thought to be in the region of £300,000 plus add-ons.

The 19-year-old who developed through The Cobblers apprenticeship programme passed a medical at St James’ Park earlier this week which brought an end to Newcastle’s six week pursuit of the player.

Northampton boss Chris Wilder said: “This is a fantastic opportunity for Ivan to go and join one of the biggest clubs in the country.

“Newcastle United are a huge club and to have a club like that sign Ivan is of huge credit to Ivan and Northampton Town.”

Toney travelled to the North East last Friday and has already trained with the Magpies Under-21 team managed by former England striker Peter Beardsley.

The youngster also attended Newcastle’s open training session on Monday, however he is unlikely to feature in Steve McClaren’s team this season.

It is more likely that he will be involved with Beardsley’s Under-21 squad or be sent out on loan to continue his development.

Toney started 29 of his 60 appearances for the Cobblers scoring 14 goals and was on the radar of several Championship and Premier League clubs before Newcastle swooped for his signature.

Toney who remains the youngest player to have played for Northampton (as a 16-year-old in an FA Cup tie at Bradford City, November, 2012) saw a move to Wolverhampton Wanderers collapse last season.