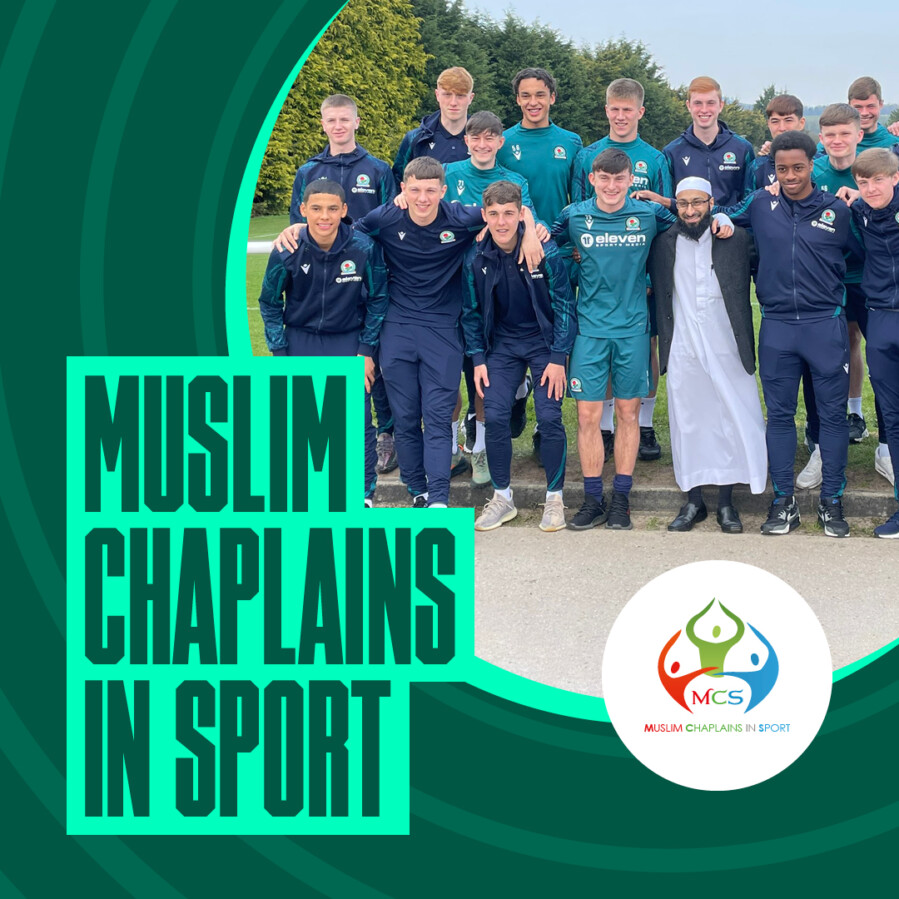 Established in 2014, Muslim Chaplains in Sport are on a mission to make football a more educated and inclusive environment for Muslim football players and staff.

The organisation has come a long way since founder Ismail Bhamji was offering his services privately to a handful of professional footballers. It was during this period that he recognised the need for a deeper level of education within football, and sport in general, and thenceforth became the first and only organisation in the country to provide a national support network to professional sporting organisations. Muslim Chaplains in Sport now offers bespoke services tailored to the modern Muslim professional athlete, including workshops delivered to young footballers.

Ismail has forged strong associations with the Premier League and EFL, and since 2016, has been educating LFE Apprentices through the ever-growing Life Skills Programme.

Speaking to LFE, Ismail explained how pleased he was with how the programme has evolved over the years: “I have seen a clear development within clubs over the past six years. When we started, just a few clubs were interested in what we were offering to them and now we have lots enquiring about our work.

Commenting on the relationship, LFE’s Life Skills Manager Simon Williams said: “LFE is committed to the inclusion agenda and raising awareness of subject areas that people haven’t had the opportunity to receive, not necessarily through any fault of anyone, is appreciated. And it is workshops like this that allow everyone to learn more about each other and that goes a long way in helping people to feel better understood and more individually supported.”

As was the case with most businesses, the pandemic affected the way in which Ismail could deliver his work and subsequently forced him into finding alternative methods to deliver his messages. Remote deliveries made it a difficult period, he admitted, but the organisation has come back stronger. Being able to educate, inspire and spearhead a drive for an improved acceptance of Muslim players within the game is what motivates Ismail.

“The biggest challenge we see is acceptance – I truly believe that,” he says. “There are few Muslim players, and when I say this, I refer to British-born Muslim football players. I feel the fundamental reason for that is acceptance.

“Muslims, generally, will follow their faith and practice more than other faiths. We will be slightly stricter in adherence to certain rituals, regulations and boundaries, some of which we just cannot cross.

“To fit into the lifestyle of a footballer today, there are so many things that go in there that do not fit in well with our faith. That is one of the main links to underrepresentation. I am trying to shift that by educating everybody about the faith. I want people to know exactly what it entails and the challenges that one might face.”

Separate from the workshops, Clubs have been reaching out to Ismail for additional one-to-one advice.

“Halal food, for example, is an area that we advise on. We very recently helped an organisation that wanted some information on financial services that are compatible with the Muslim faith: which kind of investments and mortgages are allowed, etc. There is a wide range of topics that perhaps we aren’t delivering as a workshop but are helping clubs with privately. That level of interest is a promising sign, I believe, and shows that the industry is changing.

But despite the growth of the organisation, the increased interest and depth of holistic support that is now being offered, Ismail’s goals remain the same as what they were when Muslim Chaplains in Sport was first formed.

“We want everyone to get on with each other, understand each other’s differences when it comes to practices and rituals in the Muslim faith, and encourage everyone to try to understand why someone does such a thing. It is the educational side of things which is really key and something that we will continue to work on in the coming season.”