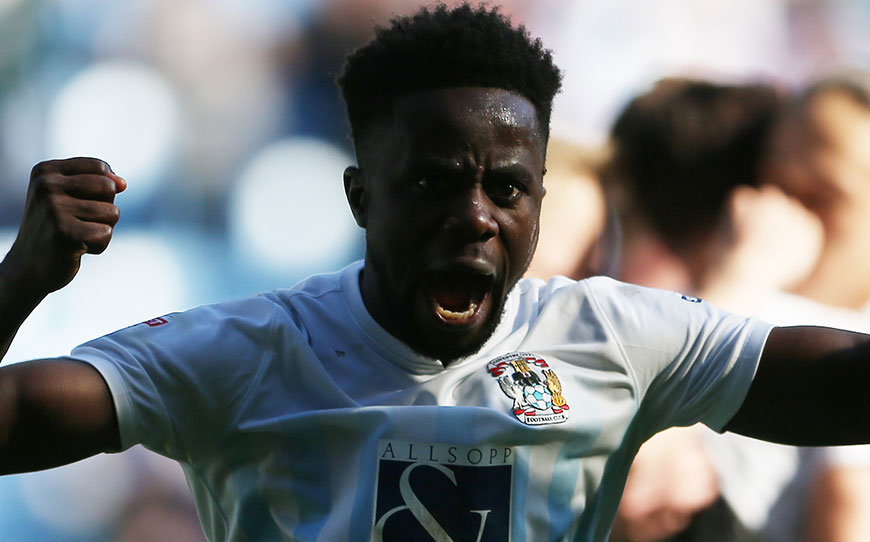 Tanner scored on his senior debut for the Royals back in August 2014 in a 3-1 Capital One Cup victory, making a further four appearances before a loan spell at AFC Wimbledon, where he featured 19 times in League Two.

“He can unlock doors, playing in little pockets across the front three, left side, right side or in behind the striker,” manager Stephen Robinson said.

“He is a really good signing for the club and gives us something different.”

The 22-year-old has spent the last two seasons in League Two with Plymouth Argyle, racking up 68 league games and helping The Pilgrims achieve promotion to League One.

“I’m delighted to have joined, having good talks about the club with Stephen Robinson and Martin Foyle. It’s a good day for me,” Tanner told the club website.

“I have a really positive feeling about the club and feel they are really building for the future.”

Meanwhile, Bigirimana is on the move again having only made a permanent switch to Coventry from Newcastle last summer.

The 2012 EFL Championship Apprentice of the Year made 28 starts in the league for his hometown club as The Sky Blues suffered relegation from League One.

“It’s a big coup for us to get Gael here,” Robinson said. “He showed a real hunger and desire to come and play with us.

“He brings a real composure to the midfield, something that perhaps we’ve missed, someone to dictate and run the game.

“He certainly provides that, but he also brings energy and a vast amount of experience at a good level for such a young guy.”

The 23-year-old played a huge role in Coventry’s Checkatrade Trophy triumph, scoring the opener in their 2-1 win over Oxford United.

He told the club website: “I know Motherwell has a great history and I look forward to pulling on the top.

“I’ve met the manager before when he was at Oldham and I was playing for Coventry, I had a really good game and afterwards he came up to me and told me that but I told him it wasn’t even my best yet.”