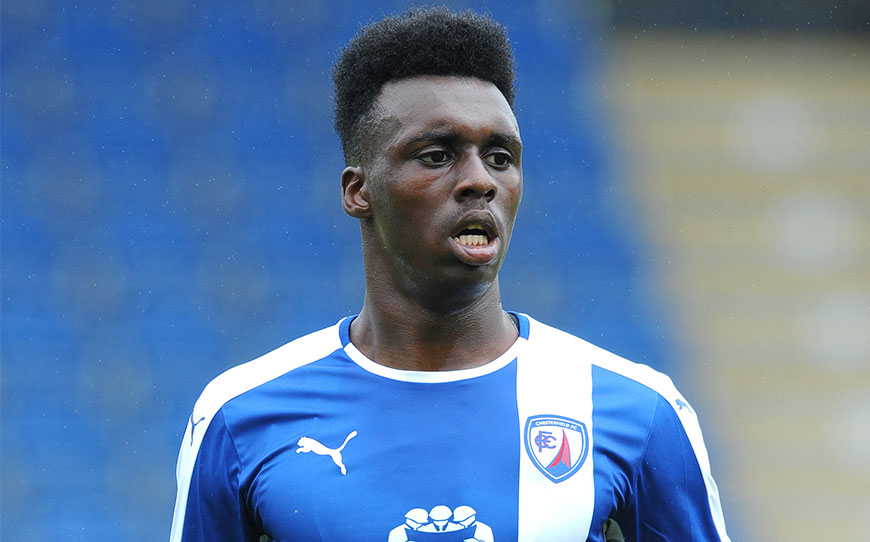 Chesterfield academy boss Mark Smith has urged his players to use Curtis Morrison’s breakthrough into the first team as inspiration to follow his lead.

The 18-year-old made his Spireites senior debut against Rochdale in the EFL cup this month before making his league bow against Shrewsbury on Saturday.

Morrison has been with the club since the age of nine and Smith is delighted for the winger.

“I know Curtis quite well,” he said. “He’s a very, very humble kid, you get no bravado, he gets his head down, works to the best of his ability – he’s a pleasure to work with, gives you no problems.

“It’s great to see that he’s getting into the first team because he’s a great kid. He’s very coachable, listens to what you’re trying to tell him and importantly tries to take it on board.”

Morrison became the 1,111th player to represent the club in league action, and Smith is expecting more names to be added to the tally with manager Danny Wilson’s willingness to promote young talent.

“For us working in the academy, it’s really good to see what you’re there for, it’s great to see one of the youngsters making his debut,” he continued.

“We look for opportunities and for the manager to help us out with kids getting a chance and the gaffer seems to be really up on that, we’ve had quite a few involved in pre-season.

“That’s quite important for us, it gives you a bit of a boost because in the past we’ve maybe tried to get players through and it hasn’t happened.”

Morrison’s three-minute cameo against the Shrews is being used as a motivation tool for the rest of the teenagers to strive to become a professional at the Proact.

Smith added: “As soon as one makes a breakthrough then it’s encouraging for us and should be for the other youngsters.

“There’s a light at the end of the tunnel, we will get an opportunity and in the past that hasn’t always been the case.

“That’s vital for us and a club like Chesterfield, for the kids at the top end of the academy to see that.”